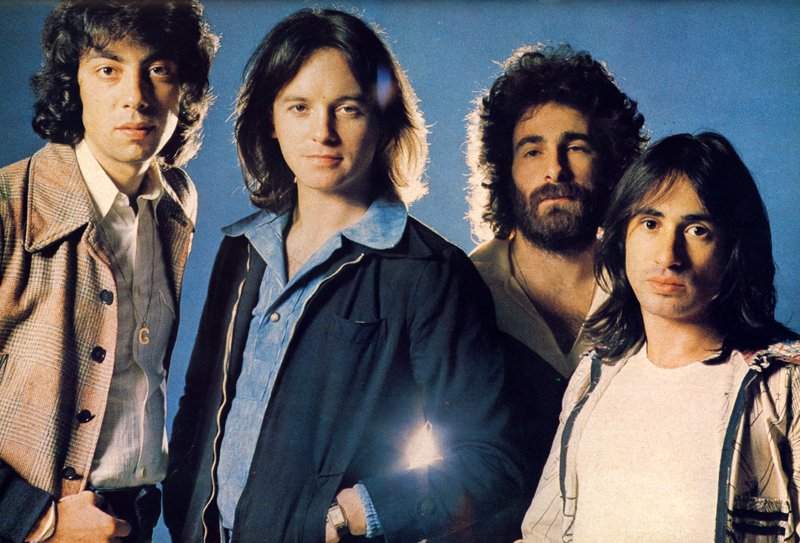 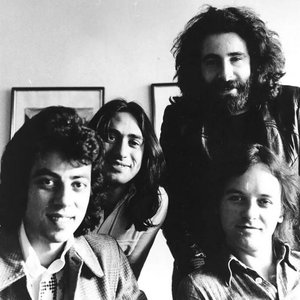 10cc are an English art rock and pop band. Initially comprised of four musicians - Graham Gouldman, Eric Stewart, Kevin Godley and Lol Creme - who had written and recorded together for some three years, before assuming the "10cc" name in 1972 - two strong song-writing teams, injected sharp wit to lyrically-dextrous songs.
Stewart and Gouldman were straight pop-song-writers, who created the band’s most accessible songs; Godley and Creme were the experimental half of 10cc, featuring an Art School sensibility and cinematic writing. All are skilled multi-instrumentalists, vocalists, writers, and producers, and each could perform convincingly as lead singers, leading to favourable comparisons with The Beatles.
The band achieved its greatest commercial success during the 1970s.

In 1976 … Godley & Creme left, releasing records under that name before making a significant contribution to the development of the music video in the 80s.
In 1977 … 10cc embarked on an international tour with guitarist Rick Fenn, keyboardist Tony O'Malley and additional drummer Stuart Tosh and recorded a live album in 1977, "Live And Let Live", which mixed the hits with material from the previous three albums.
Fenn, Tosh, Burgess and keyboardist Duncan Mackay were full members of the band and performed on 1978 album "Bloody Tourists", which provided the band with their third UK No.1 single, the reggae-styled "Dreadlock Holiday".

1977-1983 … After the departure of Godley and Creme, Stewart and Gouldman opted to continue as 10cc, bringing in to the studio drummer Paul Burgess, who had up to that point been their tour backup drummer. Their first album as a three piece band was "Deceptive Bends".

1984-1992 … Separate projects - after 1983, the band went into recess as Stewart did produce recordings for Sad Café and Gouldman produced tracks for The Ramones before teaming up with Andrew Gold to form the synth-pop group Wax.

1992-1995 … In 1992 the original four members reunited to record "Meanwhile", an album produced by Gary Katz of Steely Dan fame. …the album was not a "reunion" in the strict sense of the word. All the album's songs were written by Stewart and Gouldman … Creme and Godley agreed to guest on the album to fullfil their obligation to Polydor records.

1999-2009 … since 1999 Gouldman has toured as 10cc consisting of Rick Fenn, Paul Burgess, Mick Wilson, Mike Stevens and/or Keith Hayman, with occasional guest appearances by Kevin Godley. The band has embarked on several national tours of the UK and various dates throughout the World playing 10cc hits, plus a section of Gouldman's hits written for others. Their first gig was at Ronnie Scotts jazz club in Birmingham in 1999.

Additional info:
There is much speculation about where the name of the band comes from but the general consensus was that it is named after the average amount of ejaculate in a single male orgasm. However one will find that the average is about 3cc …the name "10cc" in fact comes from a dream: Jonathan King, the person who signed them, dreamed of a band called 10cc topping the charts in both the UK and America - see: snopes.com/artist/artists/10cc.asp