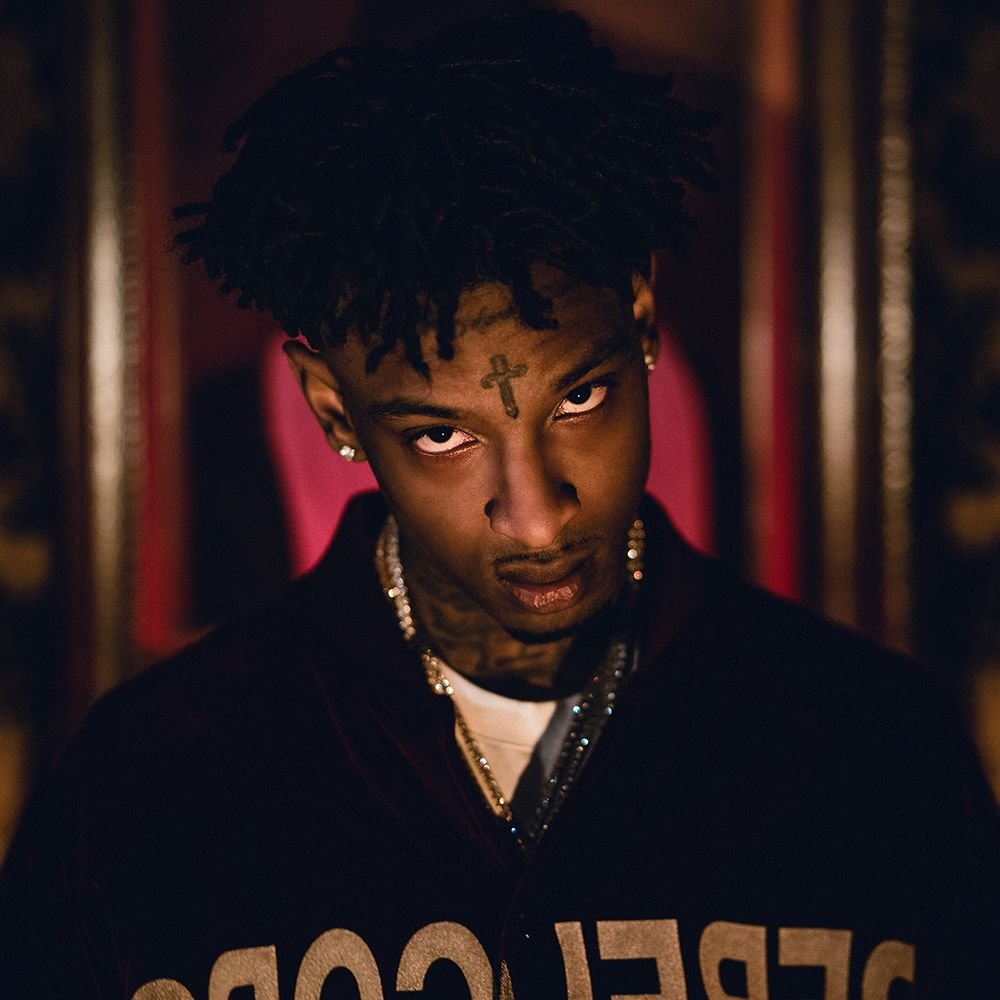 Shayaa Joseph (born 22nd October, 1992), better known by his stage name 21 Savage, is an American rapper born in the UK, but raised in Atlanta.
He is notable for being a 2016 XXL freshman and creating numerous projects with Metro Boomin; one of these was titled Savage Mode, and was released on 17th July 2016.
His first studio album, Issa Album, was released on 7th July 2017, with the multi-platinum single "Bank Account". He eventually earned his first #1 song later that year as a feature on Post Malone's "rockstar". In 2018, Savage released his 2nd studio album, i am > i was, which debuted at #1. On October 2nd, 2020, 21 Savage released the sequel to Savage Mode, Savage Mode II (produced by Metro Boomin). The project included narration and skits done by Morgan Freeman.