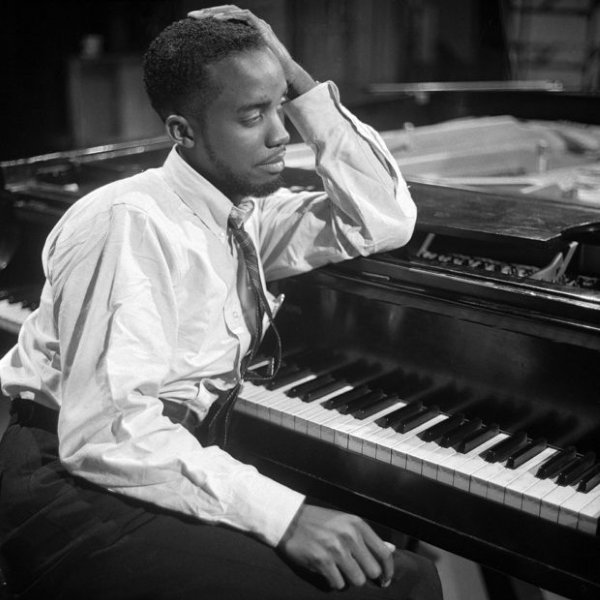 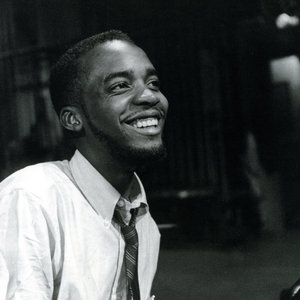 Ahmad Jamal (born Frederick Russell Jones, July 2, 1930) is an American jazz pianist, composer, bandleader, and educator. For five decades, he has been one of the most successful small-group leaders in jazz.

Mr. Jamal was born on July 2, 1930, in Pittsburgh, Pennsylvania. A child prodigy who began to play the piano at the age of three, he began formal studies at age seven. While in high school, he completed the equivalent of college master classes under the noted African-American concert singer and teacher Mary Cardwell Dawson and pianist James Miller. He joined the musicians’ union at the age of 14, and he began touring upon graduation from Westinghouse High School at the age of 17, drawing critical acclaim for his solos. In 1951 he formed his first trio, The Three Strings. Performing at New York’s The Embers club, Record Producer John Hammond “discovered” The Three Strings and signed them to Okeh Records (a division of Columbia, now Sony, Records.)

In 1956, Mr. Jamal, who had already been joined by bassist Israel Crosby in 1955, replaced guitarist Ray Crawford with a drummer. Working as the “house trio” at Chicago’s Pershing Hotel in 1958, drummer Vernell Fournier joined this trio and Mr. Jamal made an on-location recording for Argo (Chess) Records entitled But Not For Me. The resulting hit single and album, which also included Poinciana - - his rendition, now Mr. Jamal’s “trademark, “ remained on the Ten Best – selling charts - - amazingly for a jazz album - - an unprecedented 108 weeks! This financial success enabled Mr. Jamal to realize a dream, and he opened a restaurant/club, The Alhambra, in Chicago. Here the trio was able to perform while limiting their touring schedule.

Considering his trio "an orchestra", Mr. Jamal not only achieves a unified sound, but subtly inserts independent roles for the bass and drums. The hallmarks of Mr. Jamal's style are rhythmic innovations, colorful harmonic perceptions, especially left hand harmonic and melodic figures, plus parallel and contrary motion lines in and out of chordal substitutions and alterations and pedal point ostinato interludes in tasteful dynamics. He also incorporates a unique sense of space in his music, and his musical concepts are exciting without being loud in volume. Augmented by a selection of unusual standards and his own compositions, Mr. Jamal would notably impress and influence, among others, trumpeter Miles Davis.

In 1951, Mr. Jamal first recorded Ahmad's Blues on Okeh Records. His arrangement of the folk tune Billy Boy, and Poinciana (not his original composition), also stem from this period. In 1955, he recorded his first Argo (Chess) Records album that included New Rhumba, Excerpts From The Blues, Medley (actually I Don't Want To Be Kissed), and It Ain't Necessarily So, – all later utilized by Miles Davis and Gil Evans on the albums Miles Ahead and Porgy and Bess.

In his autobiography, Mr. Davis praises Mr. Jamal's special artistic qualities and cites his influence. In fact, the mid-to-late1950's Miles Davis Quintet recordings notably feature material previously recorded by Mr. Jamal: Squeeze Me, It Could Happen To You, But Not For Me, Surrey With -The Fringe On Top, Ahmad's Blues, On Green Dolphin Street and Billy Boy

In 1994, Mr. Jamal received the American Jazz Masters fellowship award from the National Endowment for the Arts. The same year he was named a Duke Ellington Fellow at Yale University, where he performed commissioned works with the Assai String Quartet.

In 1970, Mr. Jamal performed the title composition by Johnny Mandel for the soundtrack of the film MASH!; and in 1995, two tracks from his smash album But Not For Me–Music, Music, Music, and Poinciana were featured in the Clint Eastwood film The Bridges of Madison County.

Mr. Jamal's 1996 release, The Essence (Verve 529 327-2) features a first – a recording made with a horn, tenor saxophonist George Coleman. Already released in Europe, the album has received such critical comments as "Historique!" as well as the resulting outstanding sales and the"CHOC" award in France. The album has also received the D'jango award, and a concert at Salle Pleyel was sold out.

His latest recording, “It’s Magic” released in June of 2008 hit the charts at #13 immediately after its release in the US, being touted as one of his finest works yet to date. “It’s Magic” is hailed by critics as a career highlight, it graced the Billboard Top Jazz Albums chart, the iTunes Jazz Top 10, and it recently peaked at #2 on the Jazz Week Radio Chart In France. Mr. Jamal was awarded Best International Album (Album International de Production Francaise) by Les Victoire du Jazz, the French version of the Grammy’s. The album also garnered Record of the Year by Jazz Man magazine. His music remains, youthful, fresh, imaginative and always influential.