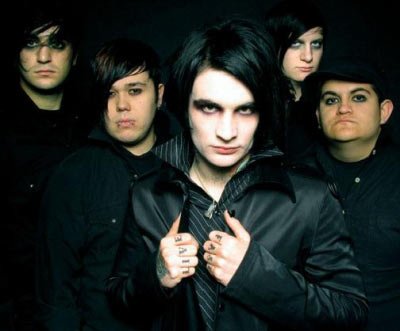 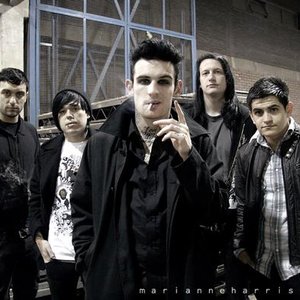 There are three artists named Aiden:

Aiden is an American punk band from Seattle, Washington, that formed in the spring of 2003. The current members are William Control (vocals & guitar), Nick Wiggins (bass), Keef West (drums), and Ian MacWilliams (guitar).
They have released 6 full length albums, 2 EPs, and 2 live DVDs. Their latest full length, entitled Some Kind of Hate, was released on October 25, 2011, being the follow up to Disguises, also released in 2011.

The band's name comes from a character named Aiden from a movie called "The Ring". In 2004, the band were signed to Victory Records and some members were still in high school. Their second album and debut for Victory Records titled Nightmare Anatomy, was released October 4, 2005. On October 31, 2006, Aiden released an EP/DVD titled Rain in Hell. While the CD didn't receive rave reviews, the acoustic track "Silent Eyes" and the ethereal opening track "A Candlelight Intro" hinted towards a broadening of Aiden's musical style. The DVD included 3 music videos and a live performance of Aiden's "Never Sleep Again Tour" in Chicago. During October and November 2006, Aiden played the "Never Sleep Again Tour" with Silverstein and It Dies Today.

The band's third studio album entitled Conviction, was released on August 21, 2007. It marked a complete change of style in the band's musical direction. In June 2008, guitarist Jake Wambold was kicked out of the band. In December of that year the band announced they were back in the studio working on a new album.

Aiden released their fourth studio album Knives on May 12th 2009 (May 11th in the UK). This album showed a more satanist-hardcore direction for the band, and bare little resemblance to its predecessor, Conviction. The band said they expected those who didn't like Conviction to love this album, as well as those that were fans of their entire collection. The album release was preceded by the release of the first single, Scavengers of the Damned through iTunes.

In May 2011, following the release of Disguises, Jake Davison(Drums) left the band, and was temporarily replaced by Ryan Seaman for part of the "Horror Nights" tour.

In October, the band released their second full length album of 2011, and 6th overall, named Some Kind of Hate.

On January 1, 2012, founding member Angel Ibarra (guitar), announced his departure from the band, via the official "AidenVision" youtube channel.

Aiden's William Control said the next album might be in the fall of 2013 and will be the last Aiden album and will be based on fiction.

2. Aiden Samuel Grimshaw (born 4 December 1991) known professionally only as Aiden from 2013 onwards, is an English singer-songwriter and actor. He successfully made it to the live shows and finished ninth in the seventh series of The X Factor in 2010. After his elimination, Grimshaw was signed by RCA Records.

On 3 June 2012, he released his debut single "Is This Love", which debuted at number 35 on the UK Singles Chart. His debut album Misty Eye was released on 20 August 2012 and reached number 19 on the UK album chart. In October 2013 he announced a follow up EP would be released on 26 November 2013.