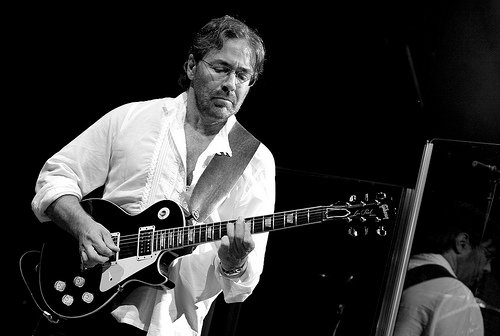 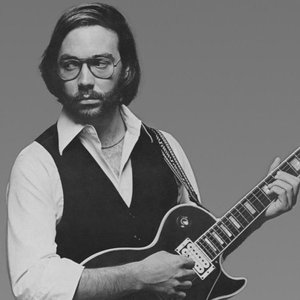 Al Di Meola (born Albert Laurence Di Meola in Jersey City on 22 July 1954) is an American guitarist known for his works in jazz fusion and world music. He began his career in 1974 as a guitarist of the group Return to Forever.

Between the 1970s and 1980s, albums such as "Elegant Gypsy" and "Friday Night in San Francisco" earned him both critical and commercial success. From the beginning of his solo career, where records like "Land of the Midnight Sun", "Elegant Gypsy" and "Casino", were amongst the highest selling records of any instrumental artist at that time.

Born in an Italian family, then, while growing up in Jersey City, NJ, United States, young Di Meola divided his time between guitar lessons and hanging out at the local salsa clubs. Influenced greatly by jazz guitarist Larry Coryell, Di Meola enrolled at Berklee College of Music in Boston, where his marathon practice sessions are still the stuff of legends (Di Meola continues to be the technical master by which other guitarists are measured). "We had three guys in one space; one in one room, one in the bathroom and I got the closet". After a brief stint with keyboardist Barry Miles, Di Meola, at 19 was tapped by Chick Corea in 1974 for "Return to Forever".

His technique can be traced back to his debut with Chick Corea and "Return to Forever" in 1974. In 1980 he was integral to the "Super Guitar Trio" with Paco De Lucia and John McLaughlin. The record "Friday Night in San Francisco" became a landmark recording resulting in wide acclaim. The result of which, surpassing two million records in sales. They toured from 1980 through 1983 and reunited for a 3rd CD "Guitar Trio" in 1996 follow by a world tour. In early 1996, Al Di Meola formed a new trio with the likes of jean Luc Ponty, and Stanley Clarke (The Rite of Strings).

Di Meola assembled what he described as his "best group by fit in my career". Named the "Al Di Meola World Sinfonia 2000", it featured musicians from Argentina, Cuba and Israel.

Di Meola has recorded more than 20 albums (CD's) of his own, including a solo acoustic guitar record "Winter Nights".

With numerous recordings, countless awards (including three gold albums), and six million-selling albums, Al Di Meola released "Infinite Desire" in 1998, "Winter Nights" at the end of 1999," World Sinfonia in 2000, The Grand Passion" in 2000, "Flesh on Flesh" in 2003.