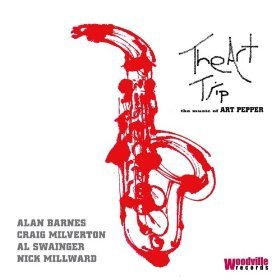 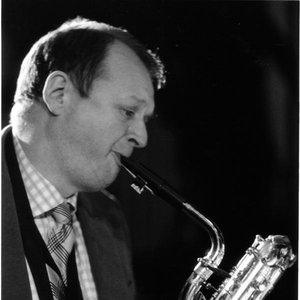 Alan Barnes is a jazz saxophonist from Cheshire, England. He played with The Pasadena Roof Orchestra at the start of the 80s but became better known as part of Tommy Chase's blistering hard-bop combo from 1983 to 1986.

He then became part of The Jazz Renegades, recording a number of albums with co-founder Steve White, before leaving to take up in a place in the Humphrey Lyttleton Big Band. He has also had a prolific career as a sideman in various big bands and as a session musician - most notably touring and recording with Bryan Ferry - and released a first album, Affiliation, with his own quartet in 1987

Since leaving the Humphrey Lyttleton Big Band he has returned to a diverse career, including playing as part of a Cannonball Adderley tribute band with Don Weller.

Despite being well known in British jazz circles, Barnes has admitted that his biggest exposure to the public comes in an unusual format - his is the solo saxophone featured on an iconic advertisment for Tetley Bitter.