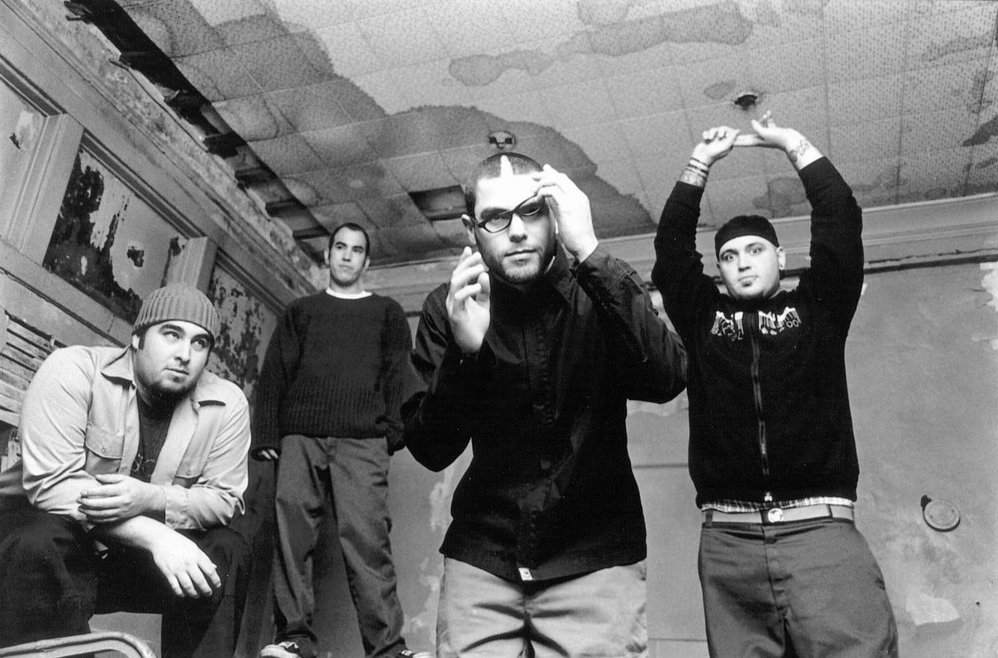 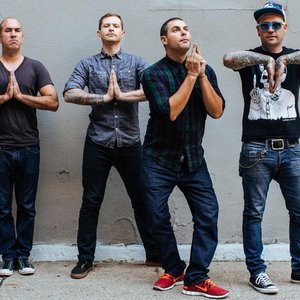 Alien Ant Farm is musical group that was formed in 1995 in Riverside, California, United States. Having a sound mixing alternative rock with elements of metal, punk music, and more, the band consists of Dryden Mitchell (vocals, guitar), Terry Corso (guitar), Tye Zamora (bass) and Mike Cosgrove (drums). Taking their name from the popular sci-fi trope of aliens having created humanity for their own amusement, the band became internationally famous in 2001 for two smash hits: "Movies" and "Smooth Criminal" (a spirited rock cover of the Michael Jackson tune).

In 1999, the band released their debut album, the tongue-in-cheek titled 'Greatest Hits'. It went on to win "Best Independent Album" in the L.A. Music Awards and has picked up a big fan response. In 2000, after forging a friendship with the alternative rock band Papa Roach, Alien Ant Farm signed with DreamWorks SKG for their first major studio album, called 'ANThology'. The band's tunes showcased an energetic sound that featured humorous, often cynical lyrics and a desire to take in all kinds of musical influences.

In 2001, their cover of the Michael Jackson song, "Smooth Criminal", was a #1 single in both Australia and New Zealand as well a #3 single in the United Kingdom and #1 on Billboard's Modern Rock chart. The song's music video features numerous homages to Michael Jackson's life and career as well as Jackson's many videos. The song was featured on the soundtrack of the first season of 'WWE Tough Enough' and in the movie 'American Pie 2'. Their following single, "Movies", also featured a quirky music video with references to classic films such as 'The Karate Kid' and 'Willy Wonka and the Chocolate Factory'. The tune became top 5 hit in the U.K. and a top 20 hit in New Zealand. The band began touring in promotion of these two singles and their album, which later went platinum.

In spring of 2002, the band contributed the track "Bug Bytes" to the first 'Spider-Man' soundtrack, giving them even more exposure after the Tobey Maguire film's major success. However, tragedy struck the group. In May 2002, the band was involved in a bus accident while touring in Spain. The driver, 26-year-old Christopher Holland, was killed, and lead singer Dryden Mitchell suffered a fractured C2 vertebra. The horrific event scarred the group permanently, and many fans speculated that the band might have to go on a long hiatus or even fold for a while.

Nontheless, Alien Ant Farm soon returned to the studio to work on their next album, titled 'truANT', which was released in 2003. Produced by Stone Temple Pilots' Robert and Dean DeLeo, the work found the band doubling down on their past style. The video for "These Days", the first single from the album, was filmed on top of a nearby building during the Red Carpet at the 2003 BET Awards. While that tune ended up having more modest success that the band had hoped, song "Glow" was a mainstream radio success, achieving long lasting Top 20 success in New Zealand. Two months after this album was released, however, the group's record label closed its doors. Some fans speculated that the outfit had some kind of black cloud of bad luck around them, despite the guys' talents.

In October 2003, guitarist Terry Corso split with the band, citing "irreconcilable differences". Soon after, he joined the popular alternative metal outfit Powerman 5000 for a time. Joe Hill was named the new guitarist in 2005. The musician had formerly served in the underground California rock outfit Spiderworks.

In 2004, the band recorded the song "Dark in Here" for the Punisher video game. Unfortunately, the band was forced to wait for Geffen to allow them to record another album. Label Universal Music had bought DreamWorks and assigned the band to the Geffen Records company, and it appeared as if corporate shenanigans had stopped the band's momentum in its tracks, the mainstream popularity having faded.

In 2005, the band recorded with producer Jim Wirt (who recorded their independent, debut release "Greatest Hits") and planned to release the album during that summer. However, Geffen shelved the album and subsequently denied the band the rights to release it themselves. The band hit the road and made bootleg copies of the album material available to all of their fans. This unofficial release was dubbed 3rd Draft by fans.

In late 2005, Geffen finally agreed to let the band release the album on another Universal label, Universal Music Enterprises (its catalogue division). On May 4, 2006, information began showing up on music store websites and release calendars about an upcoming release from the band. The band also released information about a DVD that same day. On May 30, 2006 the new album, Up in the Attic, was released digitally on iTunes. The first single was "Forgive and Forget", the one added track to 3rd Draft.

In April 2006, bassist Tye Zamora left the band and decided to go to college. He was replaced by Alex Barreto (formerly of hardcore bands Chain of Strength, Hardstance, and Inside Out). On June 29, 2006, the band performed on G4's Attack of the Show, and on July 18, 2006, Up in the Attic was released worldwide, along with BUSted: The Definitive DVD. Included on the DVD were music videos for "Forgive and Forget", "Around the Block", and "She's Only Evil". Notably, the three videos feature only Dryden Mitchell and Mike Cosgrove.

Since the July 2006 release of Up in the Attic, very little has happened. Their website remained unupdated from November 2006 until April 2007, the update promoting the Alien Ant Fans website, created by a long time Polish fan, Bartek.

The band released Around the Block, the second single from Up in the Attic, on iTunes Store in 2007.

On February 11, 2008, the band posted a statement on their website saying all the original members of the band are back together. It was also revealed that the band had "unofficially broken up" in 2007 due to the fact that 2006's Up in the Attic was their least successful album. Around this time, vocalist Dryden Mitchell formed a new band, Send the Sages. Guitarist Terry Corso and drummer Michael Cosgrove worked on a side project titled Ghost In The Flesh, bassist Tye Zamora worked with the band eEnik. Alien Ant Farm toured sporadically, and released a new live album, Alien Ant Farm: Live In Germany.

In 2009, they played the Sonisphere Festival in Knebworth, UK on August 1. They had also performed "Smooth Criminal" at the 2009 Vans' Warped Tour in memory of Michael Jackson, who had recently died.

Alien Ant Farm playing in 2015
The band's "ANTicipation" 2011 Tour took place across the continental U.S. from July to October 2011. They also took part in the "Michael Forever Tribute Concert" which took place on October 8, 2011 in Cardiff, Wales. Alien Ant Farm started writing new material and in July 2012 started recording their fifth album, Always and Forever, at Groovemaster Studios in Chicago in July 2012. In March 2013 they set up a crowdfund, using PledgeMusic, to finance the album's release. The first single from Always and Forever, "Let 'Em Know", was released in May 2013. Also in the summer of 2013, Alien Ant Farm participated in "The Big Night Out Tour", opening for Hoobastank and Fuel.

Founding member and bassist Tye Zamora left Alien Ant Farm in March 2014 and was replaced by Tim Peugh. At the same time, Michael Anaya joined as a touring member of the band, providing backing vocals, percussion, and keyboards. Another single, Homage, was released in September 2014, followed a month later by E.P. Phone Home. The album Always and Forever was released on February 24, 2015.

On March 31, 2016, Alien Ant Farm announced on their official Facebook page that they were writing material for a new album.

On May 17, 2016, the band took part in the Make America Rock Again super tour throughout the summer and fall of 2016. In addition, they announced a headlining tour where they intend to perform the album Anthology in its entirety. In 2018 they toured as part of the "Gen-X Tour", alongside Buckcherry, P.O.D., and Lit.

On May 8, 2020, the new single "Everything She Wants" was released digitally on streaming services. It is a cover of the song by Wham!.