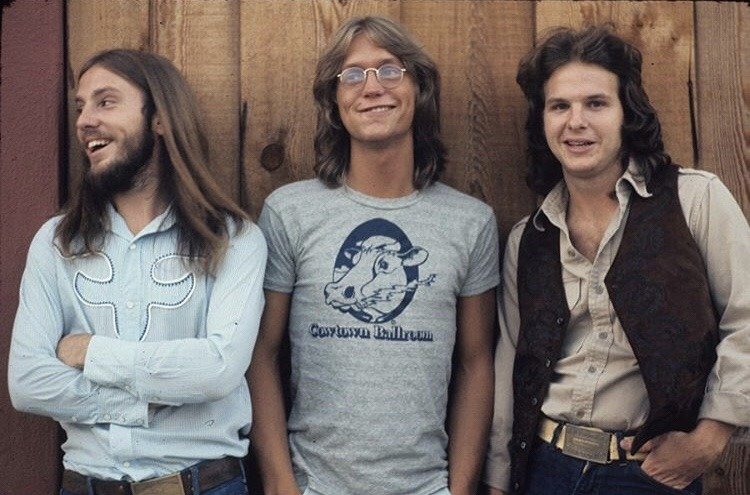 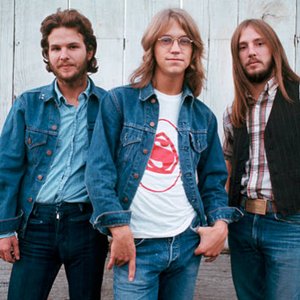 America is a soft rock band, most popular in the early and mid 1970s and now best known for their #1 hits "A Horse With No Name" and "Sister Golden Hair." Comprised of Gerry Beckley (September 12, 1952 - ), Dewey Bunnell (January 19,1952 - ), and Dan Peek (November 1, 1950 - July 24, 2011), they were seldom a favorite with critics, but were exceptionally successful commercially selling both singles and albums. Despite the presence of other heavyweight acts like James Taylor and Rod Stewart on their roster, America was Warner Brothers Records' biggest selling act of the 1970s.

Sons of American fathers and British mothers, their fathers being military personnel stationed at the West Ruislip USAF base in London, all three attended London Central High in Bushey, Hertfordshire in the mid-60s where they met while playing in two different bands.

They eventually got together and formed the rock band America, honoring the name of the homeland they had hardly even seen during their several travels around the world. They played their first gigs in pubs and clubs in the London area, including some highlights at the Roundhouse, where Pink Floyd had been playing at the beginning of their own career.

Their first LP was recorded at Trident and Morgan studios in London and produced by Ian "Sammy" Samwell, who was known for the hits he had written for Cliff Richard, with the assistance of Jeff Dexter.

The album was initially released in Europe with only moderate success and without the breakout hit "A Horse With No Name." Samwell helped the group to record and persuaded the Warner Brothers label to release the new song on an EP which was highly popular in the United States as well as in Europe.

America the album was re-released with "Horse", and quickly went platinum with the other favorites "I Need You," "Sandman," and "Riverside." Their second album, appropriately named Homecoming, saw the band moving back to the United States to record. The most notable song was "Ventura Highway."

The group's fourth album Holiday had them with George Martin (former producer for The Beatles), who worked with them through Silent Letter in 1979 with much success. The next album, Hearts, featured "Sister Golden Hair" and "Daisy Jane."

Peek left the group after recording Harbor in 1977. The remaining duo produced many more albums and had one more significant radio hit, "You Can Do Magic," reaching #8 on the pop charts in 1982. Their last top-40 hit was "The Border," which went to #33 on the pop charts (and #4 on the adult contemporary charts) the next year.

America continued with consistent live work and sporadic recordings following their departure from Capitol Records in the mid-80s.

In 1982 America provided the soundtrack for the magical anime film The Last Unicorn. Although officially produced by an American company, the film is an important transitional work in the development of Japanese anime, since most of its animation was subcontracted to the Japanese company Topcraft. The music was composed by Jimmy Webb, though performed by America, and the title song was covered many times later on. The tone is wistful and the themes are of loss.

Later, in his post-America career, Peek became a born-again Christian and released some highly-successful Contemporary Christian albums. His autobiography "An American Band" chronicles America's most successful period and his own spiritual journey.