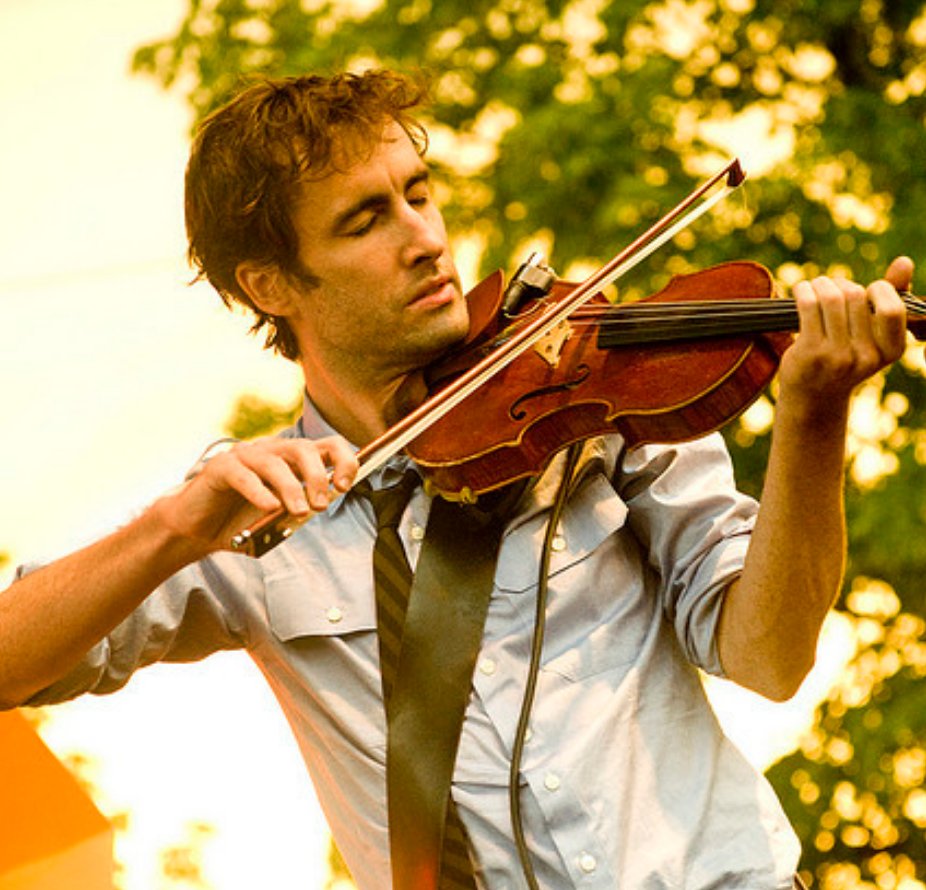 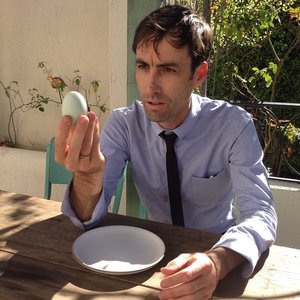 Andrew Bird (born July 11, 1973) is an American musician. He was born in Lake Bluff, Illinois and resides in the Chicago area. Bird is a singer, a violinist and, since 2004, a guitarist. He is also an accomplished whistler.

His early work, which echoed gypsy jazz and traditional folk, has led into his current sound, which mixes rock with more broad compositions. His years of solo song-craft have now enabled him to produce a sound that is uniquely his own.

Trained by the Suzuki method from a young age and a graduate of Illinois' Northwestern University, Bird released his first solo album, Music of Hair, in 1996. Vastly different from his later releases, this first album showcases his violin skills and pays tribute to his fascination with both American and European folk traditions, as well as jazz and blues.

His initial commercial exposure was in collaborative work with the band Squirrel Nut Zippers. He was quickly lumped in with the swing craze that swept the United States music industry in the mid '90s; this is an affiliation that he is still working to shed.

Taking on the role of band leader in 1997 with Andrew Bird's Bowl of Fire, he released the album Thrills. This was followed by Oh! The Grandeur in 1998. Both albums were heavily influenced by traditional folk, pre-war jazz and swing, with Bird relying on the violin as his primary musical instrument.

In 2001, Bird released The Swimming Hour, his third release with the Bowl of Fire and a dramatic departure from previous recordings. The Swimming Hour featured a mixture of styles, from the zydeco-influenced "Core and Rind" to more straightforward rock songs. He has often referred to this record as his "jukebox album".

Bird then released two subsequent solo albums, both distributed through the label operated by Ani DiFranco, Righteous Babe Records. The two records, 2003's Weather Systems and 2005's The Mysterious Production of Eggs, continue a progression towards an eclectic indie folk sound that has proven challenging to classify.

Bird's live solo shows have been notable in that he uses a multi-track system to sample and loop his own performance. For example, he may record a snippet of his performance on violin, then play a "loop" of that sound. This provides a more full-bodied sound and aurally suggests a band performance, rather than the sound of a solo artist.

November 2007 saw the Soldier On EP originally a European tour-only release. But due to high demand and unanticipated critical acclaim was released digitally and in CD-format on both sides of the Atlantic. Critics and fans alike have hearkened to the EP's first track, "The Trees Were Mistaken", a complex yet austere looping composition that marks a departure from Bird's earlier body of work. It also contains a cover of Bob Dylan's "Oh Sister".

The Fatal Shore Songfacts reports that Break it Yourself, Bird's sixth solo studio album, was released on March 6, 2012 through Mom-Pop records in the US and Bella Union in the UK. The origins of the LP lie in a couple of jam sessions by a gathering of Bird's friends in the singer's western Illinois barn, near the banks of the Mississippi River.

Of his 2019 album My Finest Work Yet, Talia Schlanger of NPR says "Bird zooms way out on humanity across history's timeline, seeking insight about our current age, in a way he hopes 'stays above the news feed noise.'" Many tracks, including the opener "Sisyphus," include Andrew's trademark whistling.