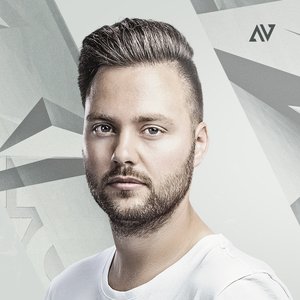 ANDY SVGE, real name Andy Blom, is a Hardstyle producer and Dj from the Netherlands. His unique sound is harmonious and balanced, as he strikes up the perfect combination between raw and euphoric hardstyle whilst maintaining an irresistible signature energy that’s packed with authentic emotion. Hit-releases such as “Gravity”, “Deep-r” with Max Enforcer, “Sunbeam” with The Hardstyle Pianist, “Evolving” and “Greatness” are a prime example of SVGE’s skills and creative approach to music, which have led him to the pinnacle of the Hardstyle scene.

ANDY SVGE began as a mysterious act and even before his identity was revealed, he conquered the hearts of music lovers with his epic, larger-than-life production “Gravity.” The first chapter of his success story was immense, as this sure-fire hit claimed the #1 position in the Q-dance Top 100 in 2016.

Since then, the I AM HARDSTYLE signed act not only dominated the scene with his discography of mega solos and collaborations with heavyweights like Max Enforcer, Digital Punk and B-Front, but he’s also released remixes for classic tunes such as “#MyWay” by Ran-D and “A New Today” by Endymion and Art of Fighters. Performance-wise, SVGE has confirmed his power on the world’s biggest podiums, including the Defqon.1 mainstage, Decibel Outdoor, QAPITAL, Mysteryland, Dreamfields, Rebirth Festival, WiSH Outdoor and more.