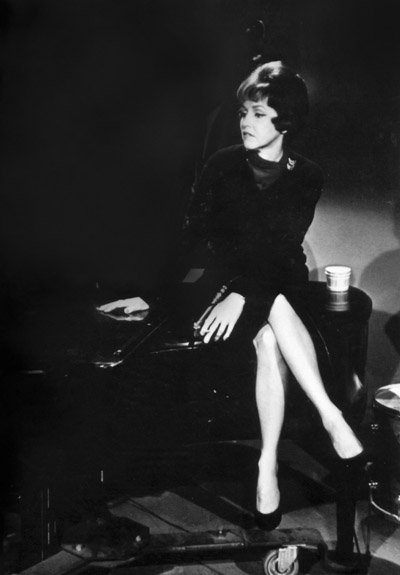 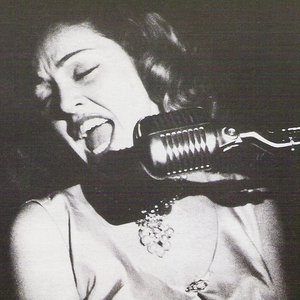 Few female jazz singers matched the hard-swinging and equally hard-living Anita O'Day for sheer exuberance and talent in all areas of jazz vocals. Her improvising, wide dynamic tone, and innate sense of rhythm made her more than just another big-band canary. At a time when most female vocals tended to emphasize the sweet timbres of their voice, she chose to emphasize a path blazed by the one major jazz singer who emphasized message over medium - Billie Holiday. Like Holiday, O'Day combined the soaring freedom of jazz instrumentalist with the storytelling lyricism of a poet.

After making her solo debut in the mid-'40s she incorporated bop modernism into her vocals and recorded over a dozen of the best vocal LPs of the era.

During the late Forties, she recorded two dozen sides, mostly for small labels. The quality of these singles varies: O'Day was trying to achieve popular success without sacrificing her identity as a jazz singer. Among the more notable recordings from this period are "Hi Ho Trailus Boot Whip", "Key Largo", "How High the Moon", and "Malaguena". O'Day's drug problems began to surface late in 1947, when she and husband Carl Hoff were arrested for possession of marijuana and sentenced to 90 days in jail. Her career was back on the upswing in September of 1948, when she sang with Count Basie at the Royal Roost in New York City, resulting in five airchecks. What secured O'Day's place in the jazz pantheon, however, are the seventeen albums she recorded for Verve between 1956 and 1962.

Her first album, Anita O'Day Sings Jazz (reissued as The Lady Is a Tramp), was recorded in 1956 for the newly established Verve Records (it was also the label's first LP). The album was a critical success and further boosted her popularity. In October of 1952 O'Day was again arrested for possession of marijuana, but found not guilty. The following March, she was arrested for possession of heroin. The case dragged on for most of 1953; O'Day was finally sentenced to six months in jail. Not long after her release from jail on February 25, 1954, she began work on her second album, Songs by Anita O'Day (reissued as An Evening with Anita O'Day). She recorded steadily throughout the Fifties, accompanied by small combos and big bands. In person, O'Day was generally backed by a trio which included the drummer with whom she would work for the next 40 years, John Poole.

As a live performer O'Day also began performing in festivals and concerts with such musicians as Louis Armstrong, Oscar Peterson, Dinah Washington, George Shearing, Cal Tjader, and Thelonious Monk. She appeared in the documentary Jazz on a Summer's Day, filmed at the 1958 Newport Jazz Festival which increased her popularity. The following year O'Day made a cameo appearance in The Gene Krupa Story , singing "Memories of You". Late in 1959 she toured Europe with Benny Goodman; according to her autobiography, when Goodman's attempts to upstage her failed to diminish the audience's enthusiasm, he cut all but two of her numbers from the show.

After the Goodman fiasco, O'Day went back to touring as a solo artist. She recorded infrequently after the expiration of her Verve contract in 1962 and her career seemed over when she nearly died of a heroin overdose in 1968. After kicking the habit, she made a comeback at the 1970 Berlin Jazz Festival. She also appeared in the films Zig Zag (1970) and The Outfit (1974). She resumed making live and studio albums, many recorded in Japan, and several were released on her own label, Emily Records.

Her version of the standard, "Sing, Sing, Sing" was remixed by RSL and was included in the compilation album Verve Remixed 3 in 2005.