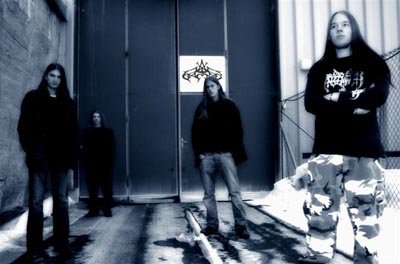 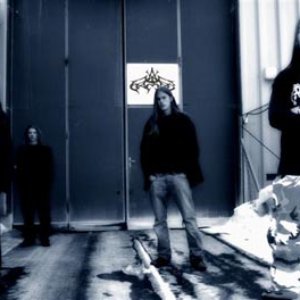 Ansur was a progressive Black Metal formed in Drammen, Norway in 2003 as a young three-piece band. The following winter Ansur recorded "Carved in Flesh", which contained four tracks of more or less traditional black metal with a raw and characteristic sound. It was later released by Nerbilous Productions and Irminsul Recordings on both CD and cassette. The band slowly went through changes musically, and they began to incorporate stronger progressive elements in addition to the black and death metal styles to create something more characteristic and unique.

Ansur's debut album, "Axiom", was recorded in their own studio in 2005. This album is cold and eerie, with heavy black metal influences and intricate progressive structures. The band was signed by Samoth (of Emperor) to his label Nocturnal Art Productions. "Axiom" was released by NAP/Candlelight Records 18th of September 2006.

Ansur's sophomore album is called "Warring Factions". This unique album draws influences from varied metal genres as well as 70's progressive rock, in the bands own special way. "Warring Factions" was released 21st of April 2008 on Nocturnal Art/Candlelight, to much applause from the metal press. Now occupied with live playing and writing, the band develops ever closer to their own unmistakable sound.

In 2011 the band decided to leave the Ansur name behind and continue under a new name Leixis that would focus much more on the progressive side of Ansur rather then the extreme metal side.

"There will be a lot of musical changes, but the most significant will be the change from screaming vocals to clean vocals, and the change from a extreme-based metal style to a more progressive rock-ish expression (though you guys still may have a some difficulties describing it genre-wise)." As quoted by the Band. The Band also stated that they expect to their debut in 2012.

Leixis started a new website (leixis.com) and a Facebook page, but it seems it was a stillborn project and nothing else has happened as of January 2018. Also the original Ansur website (ansursite.com) is not working anymore.