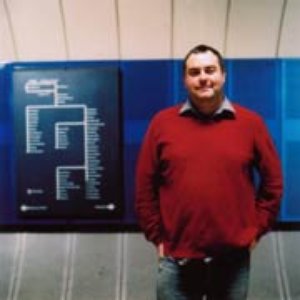 Candle Records is proud to release Anthony Atkinson’s wonderful debut solo album ‘Come Home For Autumn’. An album full of emotive and honest songwriting, that captures the essence of life. Inspired by the likes of Richard Buckner, Damian Jurado and Joe Pernice, ‘Come Home For Autumn’ chronicles the small important things in life with an underlying melancholy and quiet desperation. Recorded by Matt Hills and mixed by Greg Walker from Machine Translations, the album highlights the strength of Anthony’s storytelling and insightful lyrics.

The album starts slowly with the folky ‘Summer’s Out’ and ‘Half An Hour In The Afternoon’ with its seductive refrain. Personal politics is never too far away with the pleading rock-out ‘Rediscover Me’. The beat backed ‘Where You Were Tonight’ forms the heart and soul of the album with its mournful story about loss.

The sombre ‘Sidestep’ literally makes way for ‘A Break In Weather.’ The dirgy ‘Opposite Ends’ is helped along the plodding rhythmic double bass. The album closer ‘Shifting Sands’ is probably the best duet you’ll hear this year with the pain of relationship disintegration clearly on display.

Apart from the great songwriting, the album’s subtle use of instrumentation (organ, horns etc) and arrangement is indeed a highlight, and rewards repeated listens. Every note and instrument is in its perfect place and Greg Walker’s mix gives the album the space to catch its breath.

Like most solo albums it was a collaborative effort. There are plenty of guests who helped including Louis Richter (Mid-State Orange) who played all the guitar parts and co-produced the album, Mark Monnone (The Lucksmiths), Stanley Paulzen (Ruck Rover) and Kim Parker (The Mabels) who did the wonderful vocals.