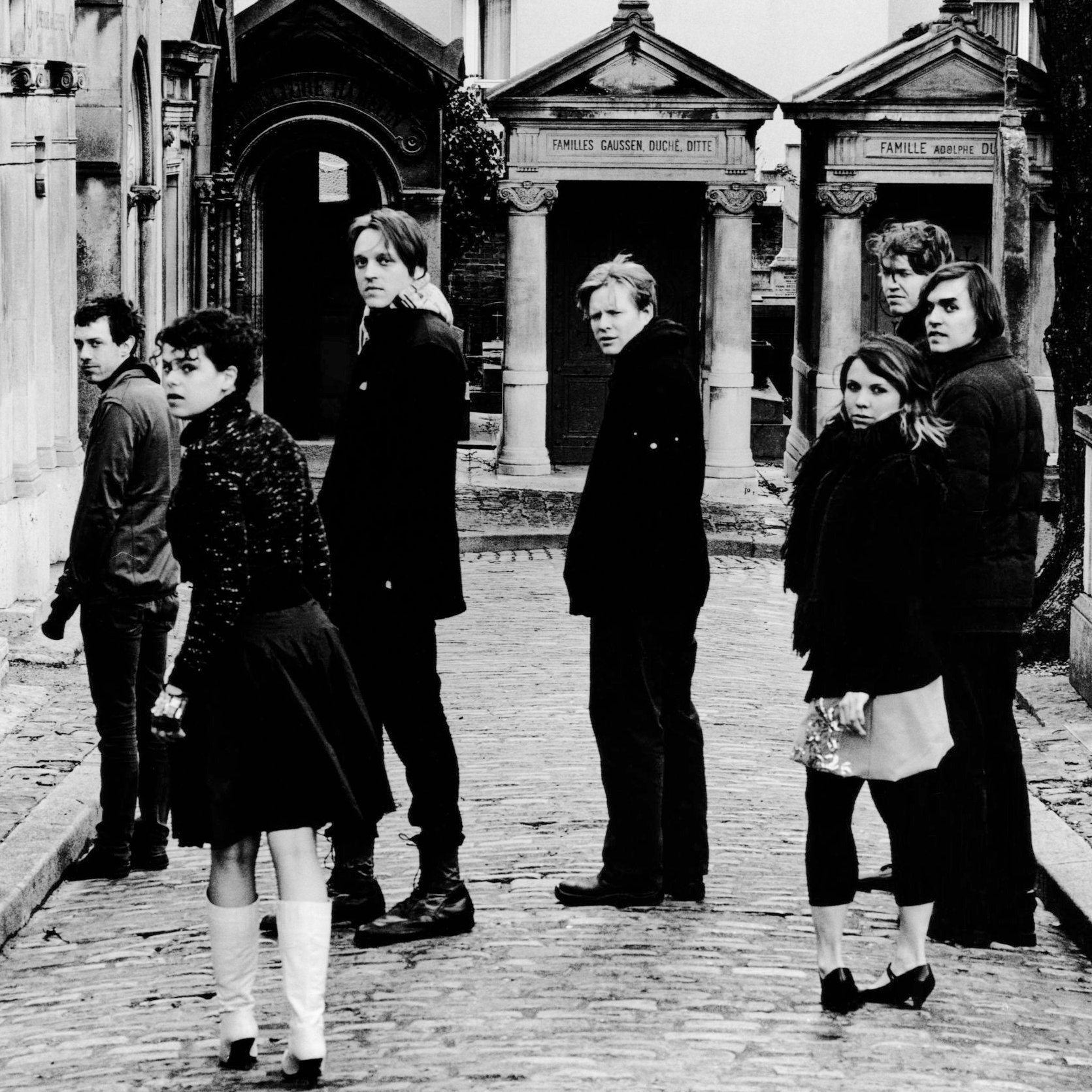 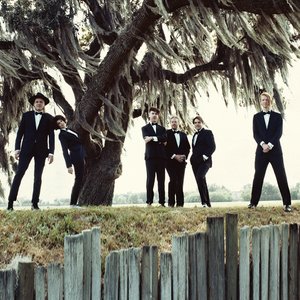 The band’s trademark fashion consists in wearing rather formal attire during live events and a use of orchestral instruments. When asked about the rumour that the band's name refers to a fire in an arcade, Win Butler replied: "It's not a rumour, it's based on a story that someone told me. It's not an actual event, but one that I took to be real. I would say that it's probably something that the kid made up, but at the time I believed him." Win Butler and his brother Will grew up in Texas.

Arcade Fire formed around the husband and wife duo of Win Butler and Régine Chassagne. Joining together as recently as mid-2003, the current line-up solidified in late 2003/early 2004, when their first full-length album Funeral was recorded. Before this an eponymous EP (often referred to by fans as the Us Kids Know EP) had been sold at early shows. The EP was subsequently remastered and given a full release once the band started becoming more prominent. Arcade Fire are known for their enthralling live performances, as well as its use of a large number of musical instruments. In addition to mainstays guitar, drums, and bass guitar, members play piano, violin, viola, cello, double bass, xylophone, keyboard, French horn, accordion, and harp. With several able musicians, the band take most of their instrumental diversity on tour and members switch instrumental duties throughout their shows. The number of instruments, along with a wide set of musical influences has provided a substantial number of resources on which to draw from during the recording process. The promise showed by the band in its live shows allowed it to land a record contract with Chapel Hill-based independent record label Merge Records.

Without a major label backing, the success of the band and the album Funeral has been acclaimed as an Internet phenomenon. After a 9.7 rating from Pitchfork, Merge Records sold out their inventory of Funeral and it became the label's first album in the Billboard 200 chart. An early tip from David Bowie was also influential. The band booked small clubs for their 2004 tour but growing interest forced many venue changes, far beyond the band's expectations, and continued internationally into mid-2005. The MTV2 2005 Review hosted by Zane Lowe named Funeral Album of the Year, and NME named Funeral Number 2 in their list of 2005's best albums and "Rebellion (Lies)" the best track. By November 2005, Funeral had gone gold in both Canada and the UK and sold in excess of half a million copies worldwide, a phenomenal number for an independent release with minimal television or radio exposure. It has also surpassed Neutral Milk Hotel's In The Aeroplane Over The Sea as the biggest selling Merge Records album to date.

Arcade Fire were featured on the April 4, 2005 cover of Time Magazine's Canadian edition, and hailed as a band who "helped put Canadian music on the world map". On April 2, 2006, in Halifax, Nova Scotia, they received the Juno Award for Songwriters Of The Year for three songs from Funeral: "Wake Up", "Rebellion (Lies)" and "Neighborhood #3 (Power Out)". Arcade Fire then planned to begin recording a follow up to Funeral in the winter of 2005-2006, having bought an old church forty minutes from central Montreal which they converted into a studio.

In mid-December 2006 www.neonbible.com went live containing nothing more than a phone number, 1-866-NEONBIBLE where people can listen to a new track called Intervention. Built in the style of customer support lines, the number has other features including a contest and a chance to talk to a live person at a specific time each week.

Then in January 2007, they finally announced that the new album Neon Bible would be released March 5th in UK, March 6th in US. The announcement was made with a video in the album's website, with guitarist Richard Reed Parry using a gramophone and a paper mask of Parry's own face, and sitting on Win Butler´s chair. After the announcement of the album´s release, the website was updated with a streaming version of "Black Mirror", new art and a few phone messages sounding like the band´s members.

Arcade Fire recorded a song for The Hunger Games soundtrack (The Hunger Games: Songs from District 12 and Beyond), called "Abraham's Daughter". The song is featured in the movie's end credits. The soundtrack was released on March 20, 2012, debuting at number one on the Billboard 200. It sold more than 175,000 copies in its first week according to Nielsen SoundScan. It's the first theatrical film soundtrack to top the chart since Michael Jackson's "This Is It" debuted at No. 1 on the list. It is also only the 16th soundtrack to debut at No. 1 in the history of the Billboard 200 chart (those soundtracks include film, television, and straight-to-video efforts).

Arcade Fire and Mercury Records confirmed that they would release a fourth album in late 2013. In December 2012, the band's manager Scott Rodger confirmed that Arcade Fire was in the studio working with James Murphy of LCD Soundsystem. The official Arcade Fire pre-order website sets the release date on October 28, 2013. The band announced on January 18, 2013 that they were selling the church they had been using as a studio due to a collapsed roof. Throughout 2013, the band worked on the album in several different recording studios - including Murphy's DFA Records studio in New York. On June 22, 2013, Rolling Stone reported that new material from the album would be released on September 9, 2013.

Arcade Fire's first announced its fifth record, "Everything Now," on May 31, 2017 when it released the record's title track and lead single. The album's release came July 27, 2017. In the weeks leading up to the album's release, the band released three additional lead singles, "Creature Comfort," "Signs of Life," and "Electric Blue." Upon the week of its release, "Everything Now" reached #1 on the Billboard 200 chart, becoming the band's third-straight and third overall #1 record.