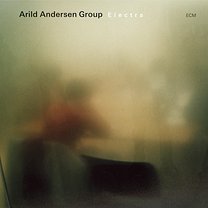 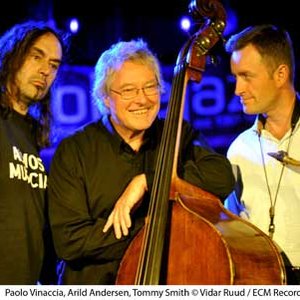 Arild was born at Lillestrøm in Norway on 27th.October 1945. He was to develop into a bass player of great subtlety, an accomplished and sought after composer, and an experimentalist, investigating the possibilities of fusing improvisation with traditional Norwegian folk music.(Why did nobody think of that before?)

He started his career playing with the Jan Garbarek Quartet back in the late 1960's early 1970's, where he partnered Jon Christensen, and the kid with the Telecaster - Terje Rypdal. In the early 1970's he visited New York where he work with Stan Getz, Steve Kuhn and Paul Bley, amongst others. As well as recording with Jan Garbarek on ECM, Arild put together his own band and made several albums for Manfred Eicher during this period.

In the early 1980's he collaborated with Kenny Wheeler, Paul Motian, John Taylor, Bill Frisell, Alphonse Mouzon and John Abercrombie, and in 1982 he formed Masqualero, with Jon Christensen, Nils Petter Molvær, Tore Brunborg and Jon Balke. This band stayed together for much of the next decade.

In the 1990's Arild release a critically acclaimed album with Ralph Towner and Nana Vasconcelos and went on to collaborate with Markus Stockhausen (trumpet) and Patrice Heral (percussion)reunited with Terje Rypdal on the record "Karta", and Vassilis Tsabroupolos and John Marshall on "Achirana".