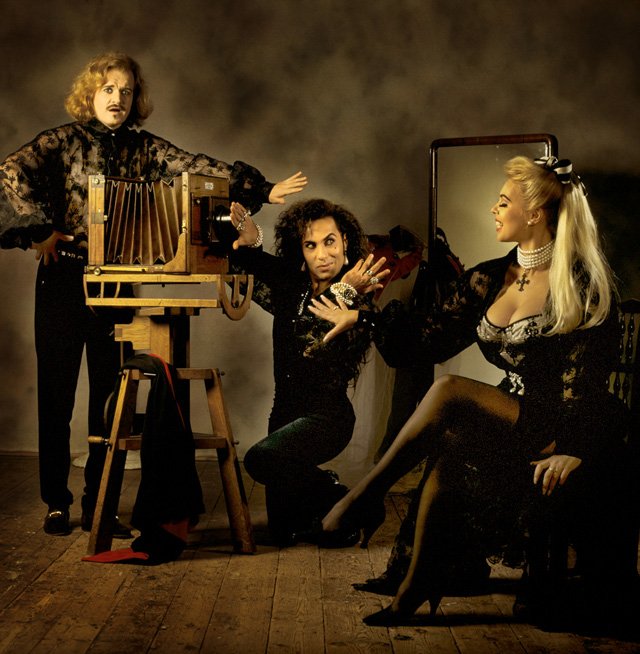 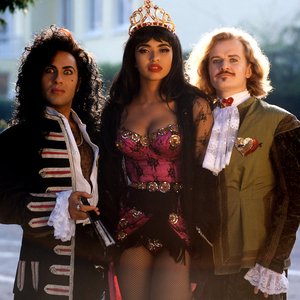 Army of Lovers is a pop music group from Sweden founded by Alexander Bard in 1987. They were famous for their controversial music videos (some of which were banned by MTV) and their costumes created by Camilla Thulin.

Debut single 'When The Night Is Cold' was released in 1988. This song was not to be on debut album 'Disco Extravaganza' released in 1990 (re-named 'Army of Lovers when released in USA & UK in 1991). This was followed by the album 'Massive Luxury Overdose' (1991). La Camilla left the band and released a single 'I Am Not In The Mood For Lovers'. The Group replaced La Camilla with Michaela De La Cour, they re-released 'Massive Luxury Overdose' with extra tracks & with De La Cour on the new album artwork.

In 1992 the band came a four piece when Dominika joined the group and they recorded 'Hasta Manana' for the Abba tribute album.

Albums 'The Gods of Earth and Heaven' (1993) and 'Glory, Glamour & Gold'(1994) followed. The group dis-banded at the end of 1995. They re-formed to release 'Les Greatest Hits' in 1996, De La Cour did not want to be in the group anymore so original member La Camilla was asked back and she returned to record 4 new songs with the group. The Group split again in 1996.

In 2001 Army of Lovers reformed again (again with La Camilla) to release another Greatest Hits album (this time with 3 new tracks - all cover versions of other artist songs). The 2001 album was called 'Le Grand Docu-soap'.

In 2013 Army of Lovers was reformed once again in Melodifestivalen. The Swedish pre selection for Eurovision Song Contest 2013 with the song "Rockin’ the ride"
12 years after their last compilation album "Le Grand Docu-Soap", the reunited Swedish theatro-pop group releases a brand new greatest hits collection, plus 4 brand new songs ("Rockin' the ride", "Crashing down", "Signed on my tattoo" and "Tragedy"). Army of Lovers have always been special, controversial, colourful and creative, mainly due to their image and witty pop songs.

Their name alludes to a documentary Armee der Liebenden oder Revolte der Perversen (Army of Lovers or Revolution of the Perverts) about Rosa von Praunheim, which in turn alludes to the Theban Band.