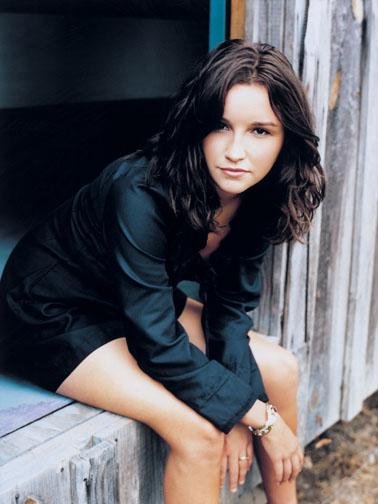 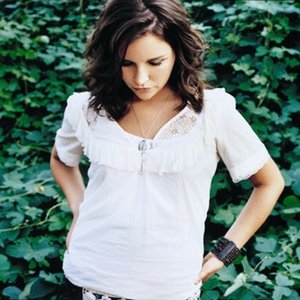 Ashton Shepherd (born Ashton Delilah Shepherd on August 16, 1986 in Coffeeville, Alabama) is an American country music singer-songwriter. She was signed to Universal Music Group Nashville's MCA Nashville division in April of 2007. Her 2008 debut album Sounds So Good produced two top 40 hits on the Hot Country Songs charts: "Takin' Off This Pain" and the title track. In 2011, she released her second album, Where Country Grows, which includes the top 20 hit "Look It Up".

Ashton Shepherd was born in Coffeeville, Alabama, United States. She began singing at an early age, and started writing songs at age five. By age eight, she had entered her first talent competition, where she sang Patsy Cline songs, and soon afterward, she began performing at various local venues as well. Her parents helped her finance a self-titled CD, which she released independently at age fifteen. In June 2006, she entered and won a talent contest in Gilbertown, Alabama. The prize was being the opening act for Lorrie Morgan in concert. Shepherd won the opening slot, and while performing as Morgan's opener, she was spotted by a representative of MCA Nashville Records, who then signed her to the label in April 2007.

Her debut single, "Takin' Off This Pain," was released in September 2007, the same month in which she made her debut on the Grand Ole Opry. The song, which peaked at No. 20 on the Billboard Hot Country Songs charts, was the first single from her debut album "Sounds So Good", which was produced by Buddy Cannon and released on March 4, 2008. She also appeared on CMT's Unplugged at Studio 330 television program and subsequent interview March 5, 2008. The album's second single, its title track, was released in May 2008 and peaked at No. 21.

Shepherd's third single, "Look It Up," was released to country radio on January 3, 2011 as the lead-off single to her second album for MCA Nashville, Where Country Grows. It debuted at number 56 on the country charts for chart week ending January 15, 2011. The song entered the Top 40 of the charts in its third week and became her second Top 20 hit on the chart, reaching a peak of number 19 in May 2011. The title track was released as the second and final single from the album, and reached a peak of number 42 on the charts, becoming her first single to miss the Top 30. Shepherd parted ways with MCA Nashville in mid-2012.