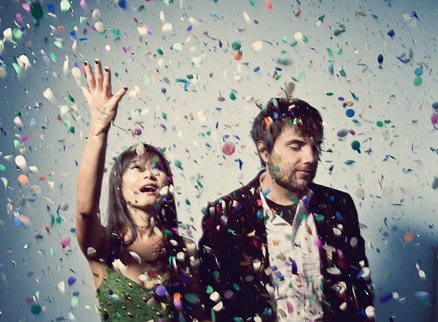 Their sound has been said to draw influence from the shoegazing movement of the late 1980s to early 1990s, which was coined to describe the textured and effects-heavy sound of alternative rock in that era.

Asobi Seksu released their eponymous debut album in 2004. The band regrouped with a new rhythm section for their second album, Citrus, which was recorded in Gigantic Studios, New York City with producer Chris Zane.

One Little Indian Records re-released the band's first album Asobi Seksu and the follow-up Citrus in 2006.

The band changed its name to Asobi Seksu from the previous name Sportfuck when they signed to their current label.

The band announced an indefinite hiatus on September 30, 2013, but hinted that they hope to create more music eventually.

2. asobi, which Last.fm incorrectly redirects here is a pop rock band formed in 2020 in Tokyo, Japan.