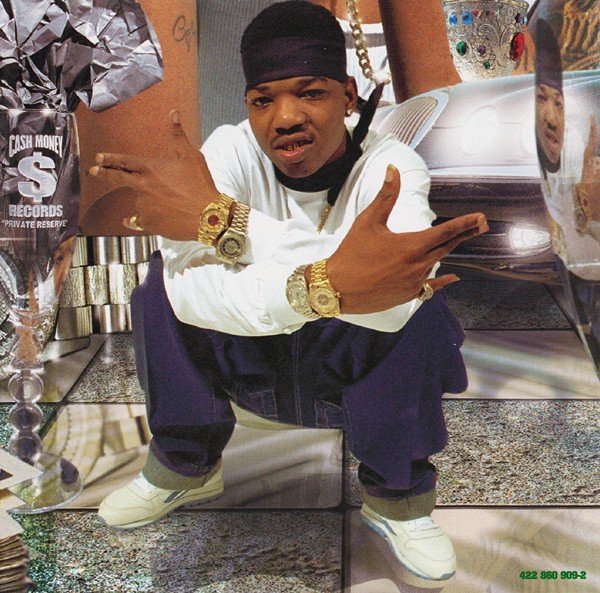 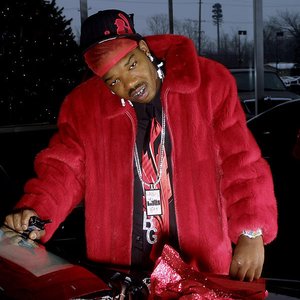 B.G. (born Christopher Dorsey on September 3rd, 1980 in New Orleans, Louisiana) is an American rapper. Short for "Baby Gangsta" or "B. Gizzle", The rapper is often referred to as simply B.G..

Christopher "Doogie" Dorsey was a normal kid growing up in the 13th Ward of New Orleans which is Uptown. In elementary school, young Dorsey rapped as a hobby. When Dorsey was 12, his father was murdered in a robbery, and young Dorsey drifted into street life. Dorsey began selling marijuana, cocaine, and eventually heroin — to which he later became addicted.

This time, local independent rap label Cash Money Records was looking for new talent, and Dorsey was recommended to the label by his barber, who also happened to cut the hair of the Cash Money CEO brothers Brian "Baby" Williams and Ronald "Slim" Williams. After an impromptu audition, Dorsey was signed to the budding label. His first effort was True Story, album as a part of The B.G.'z, group whom he formed with another preteen rapper, Baby D (who will later become Lil Wayne). Originally his moniker was "Doogie" or "Gangsta D", but since "True Story" was considered his solo CD, pseudonym B.G. stuck to him.

The second youngest artist signed to Cash Money Records, Dorsey, given the stage name "B.G." ("Baby Gangsta"), released his debut LP, True Story, in 1992 at the young age of 12. (Lil Wayne signed at 11) As the only Cash Money artist to survive several roster purges, B.G. was instrumental in helping carry Cash Money to regional fame. Multi-millionaire label head Brian Williams, who also became an artist for the label under the name "Baby", allowed B.G. to catapult to success.

His 1996 release Chopper City is considered a southern classic and sold 147,000 copies independently. He was only 15 years old when he recorded the album. The next year, he released the albums It's All on U, Vol. 1 and It's All on U, Vol. 2 when Cash Money signed a $30 million deal with Universal in 1997, B.G. went to work on his seminal Chopper City in the Ghetto LP. The album spawned the massive hit "Bling Bling", which, along with Juvenile's "Back That Azz Up", made Cash Money a nation wide success. "Bling Bling" also became a popular hip-hop slang term for any sort of expensive jewelry, automobiles, or other forms of opulence, which were featured heavily in Cash Money videos and on Cash Money album covers, as well as in B.G.'s life. He began wearing multiple Rolex watches and large necklaces while flashing his solid gold teeth in celebration of his success and extreme wealth.

B.G. remained with Cash Money for the rest of the 1990s, and was a member of the Hot Boys with Juvenile, Lil' Wayne, and Turk. He left the label in early 2001 after disputes with Brian "Baby" Williams over personal issues (B.G. recently claimed that Williams used his heroin addiction to control him and cheat him out of royalties, for which he is now suing), and later signed an independent deal for his Chopper City Records label with Koch Records. In 2001, he attended a drug treatment program in Minnesota for his heroin addiction. In 2003, the Hot Boys came off a 4-year hiatus and released Let 'Em Burn. Later in 2003, B.G. left Cash Money again, this time on bad terms with his boss Baby and longtime friend Lil' Wayne. He went on to release his first offering on the Koch label entitled Living Legend, which was sold as a 2-disc set. In 2004, he released Life After Cash Money. In 2005, he released The Heart of Tha Streetz Vol. 1. He also helped record "Y'all Heard of Me" with C-Murder.

B.G. currently lives in Detroit, Michigan, running his Chopper City Records label as the C.E.O. He's a veteran in the hip-hop industry at only the age of 25 and he says he's not going to stop rapping anytime soon. He recently released his latest LP, The Heart Of Tha Streetz, Vol. 2, and his new single "Move Around" featuring Mannie Fresh. It marks the first time B.G. has worked with Mannie Fresh since they were labelmates at Cash Money Records years ago, and may well mean a boost to B.G.'s career commercially.

B.G. is one of four superstar members who left Cash Money after 2003 along with Juvenile, Mannie Fresh, and Turk. Although they have all gone their separate ways, all four remain good friends and still keep in touch. There are rumors of a Hot Boyz reunion in the future, minus Lil' Wayne and Baby. Juveniles top song, "Whats happenin'" has a Mannie Fresh remix which includes Juvenile, B.G., and Mannie. This may be the closest to a "Hot Boys" reunion.

B.G. has recently inked a deal with Atlantic Records and T.I. has been appointed executive producer of B.G.'s new album which is scheduled for a fall release. After spending time there on and off, B.G. permanently relocated to Detroit in 2005 as a result of Hurricane Katrina.

In 2006, Trina release a mixtape diss in which she humiliated B.G. along with Gillie da Kid and southern rapping rival Khia. The mixtape was recorded in response to a statement made by B.G. where he claimed Trina had a sexual relationship with both Baby and Lil' Wayne, whom are both rappers. Trina is currently involved with Lil' Wayne. Trina referred to B.G. as a "Cash Money reject" and a "street n*g*a beefin' with a chick." B.G. responded (along with VL Mike) with a mixtape track "Just A Warning 'Till My Album Drop" (set to the beat of DJ Drama's "Cannon Remix", which Lil' Wayne collaborated on.)