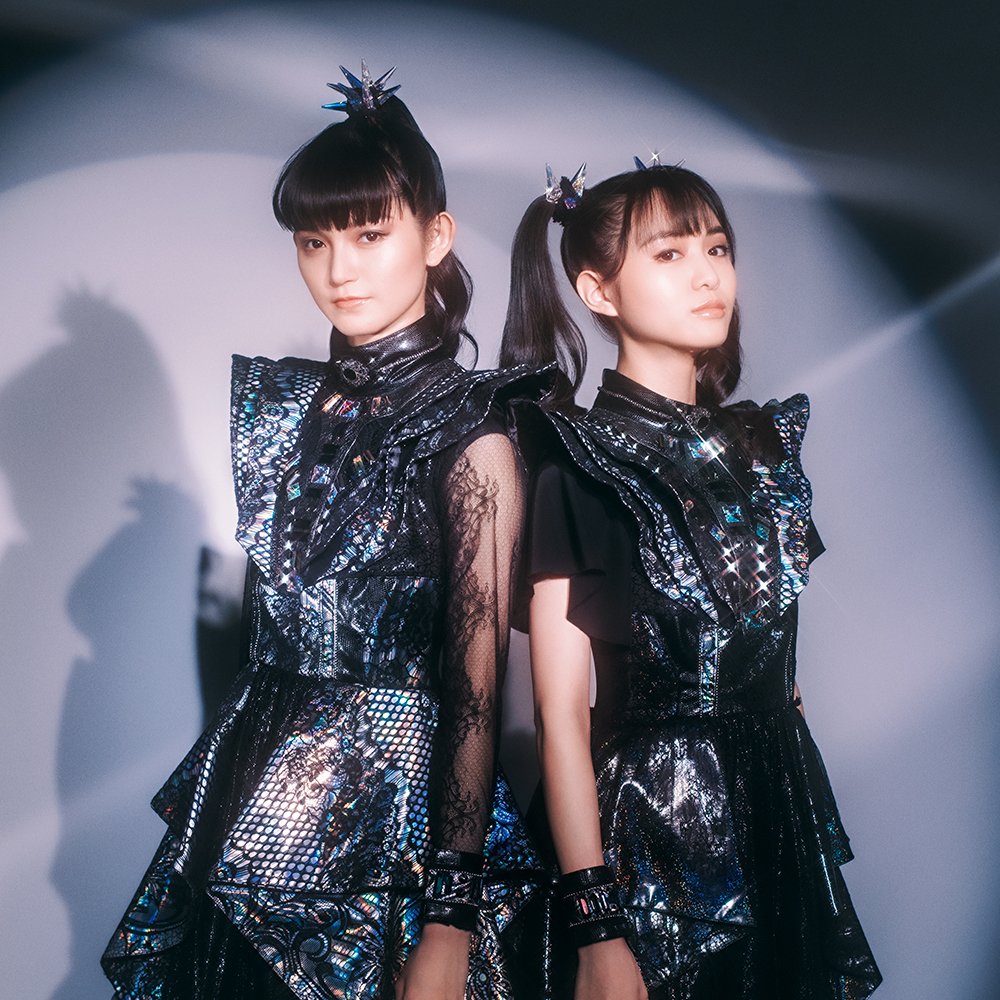 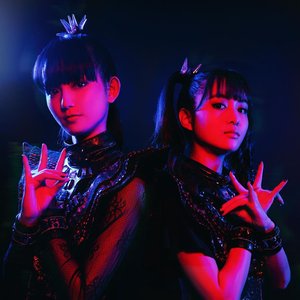 Babymetal (stylized BABYMETAL) is a Japanese Kawaii Metal group that was initially formed in 2010 in Tokyo, Japan as a subunit of the female idol group Sakura Gakuin (さくら学院). Their concept is a fusion of Metal, j-pop, and idol.

The band currently consists of Suzuka Nakamoto 中元すず香 (aka Su-Metal), and Moa Kikuchi 菊地最愛 (aka Moametal). These girls and their group are managed by the Amuse talent agency.

In the spring of 2013, Suzuka Nakamoto graduated from junior high school and therefore had to "graduate" from the group Sakura Gakuin (that consists of girls of up to junior high). However, their management decided that Babymetal would not dissolve and would continue their activities as a band. The group released its next single, titled "Megitsune" (メギツネ) on June 19.

Babymetal attended SUMMER SONIC 2013 which was held in Tokyo and Osaka on August 10 and 11, 2013. It was their second time performing at the festival; in 2012, they became the youngest artists ever (with the average age of 12) to perform there. Later, in October 2013, Babymetal became also the youngest artists ever to perform at the LOUD PARK heavy metal music festival. In November 2013, Babymetal released a promo video for the Japanese premiere of Metallica's movie, Through the Never.

The group announced a two-day live concert at Budokan, scheduled for March 1 and 2, 2014, and a debut album, released February 26, 2014. The album contains 13 tracks and is also available in a limited edition version containing a bonus DVD with music videos and live footage.

Babymetal made their debut appearance in the United Kingdom at the Sonisphere Festival 2014, performing their set in the Bohemia tent on July 6, 2014.

In 2016, the group released Road of Resistance featuring Dragonforce Herman Li and Sam Totman as a guitar playing. This song was featured in their second album Metal Resistence which was released the same year.

In 2017, Babymetal supported multiple bands during their tours: Metallica, Guns 'N Roses (as the opening act), the Red Hot Chili Peppers and Korn. During October that year Babymetal were officially revealed as the performers of the "Unikitty Theme" for the Unikitty! TV series from Lego. On December 30, 2017, Kami Band guitarist Mikio Fujioka fell from an observation deck and died from his injuries on January 5, 2018.

In 2018, Babymetal announced they were starting a record label called Babymetal Records. Later on that year, member Yuimetal left Babymetal due to poor health, but also announced that she may pursue a solo career in the future. The same day as the announcement Babymetal released a new single, Starlight.

In 2019 Babymetal announced their third album, Metal Galaxy. They also performed at Glastonbury, making them the first Japanese band to play on one of the festival's main stages. The album was released on October 10th the same year.

According to Kei Kobayashi (aka Kobametal, the band's producer), Babymetal's name came to him by revelation (as a "divine message"). Babymetal (ベビーメタル, "bebiimetaru") is a play on the Japanese pronunciation of "heavy metal" (ヘヴィメタル, "heaviimetaru"). "Baby" may indicate cuteness and "metal" intensity. He has also come to like interpreting it as "newborn metal." In an interview for RazorTV while in Singapore in late 2013, the band members also used the latter interpretation. They stated their brand of metal was a newborn genre, and that was what "baby" in Babymetal stood for.