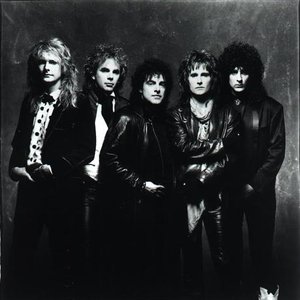 Bad English was an American arena rock band formed by three ex-members of the power pop band The Babys, Jonathan Cain, John Waite and Ricky Phillips (now in Styx), along with Journey's rock guitarist Neal Schon. The group is perhaps best known today for the career-defining power ballad "When I See You Smile". Although their late 80s and early 90s success proved short-lived, they're also still famous as one of the most popular supergroups in U.S. music history alongside Cream, Asia, and others.

The band's first, self-titled album was released in 1988, and it met with a great fan response as well as gave the band two hit singles in the United States: "When I See You Smile" and "Price of Love". Positive reviews followed by massive tours built up immense expectations about the songwriting talent of the band in their future endeavors. However, on their second album, entitled 'Backlash', the one and only single failed to enter the U.S. Top 40, peaking instead at only number 42. Critical views were also mixed on the release.

Soon after the band recorded their second album 'Backlash', in 1991, the group disbanded. Members went their separate ways even before the album could be mixed. In a later interview, frontman John Waite said that, while he enjoyed playing to stadium-sized audiences again, he wasn't happy with the somewhat 'corporate rock' image that the Bad English had been tagged as having. He has since had a solo career focused more on mellower singer-songwriter music.