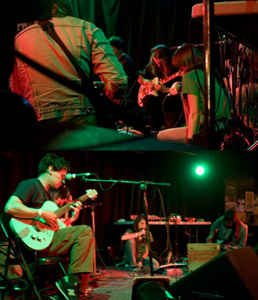 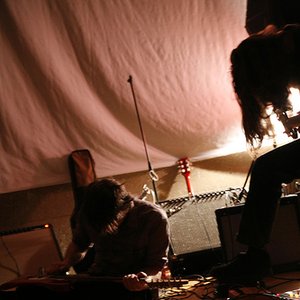 Membership and horizons expanded, becoming akin to a tribal council of the dubiously-dubbed "Freak Folk" movement of the United States. Founders Rob Fisk (Deerhoof, 7 Year Rabbit Cycle) and Ben Chasny (Six Organs of Admittance, Comets on Fire) released the band's debut in 2002. Tom Carter (Charalambides) and Pete Swanson (Yellow Swans) joined in 2004; in 2006, Glen Donaldson (The Blithe Sons, Jewelled Antler Collective), and Liz Harris (Grouper) added their voices. The clan extends its cadence of mantras, dirges, prayers and curses with its third full-length release, We Are All Hopeful Farmers, We Are All Scared Rabbits (Table of the Elements).

While the group enlarges, the form compresses, into a brambled nexus of sound, as quaverous organs and guitars, humid vocals, and florid tape manipulations all intertwine. It's their most song-oriented recording to date, the tracks functioning as tightly-clasped fetishes and buried amulets, exerting a phantasmic pull on the listener. Together the musicians proceed with masterful nuance and inexorable tension. It is the sound of effigy mounds slowly rousing from prehistoric slumber.

Badgerlore's sound is distinctive, never straying too far from contemplative, meandering psych-folk. Not one of the four pushes their particular sound upon the group, and the perfect blend of all four of these artists, coming from their very different background, makes Badgerlore quite an interesting listening experience.