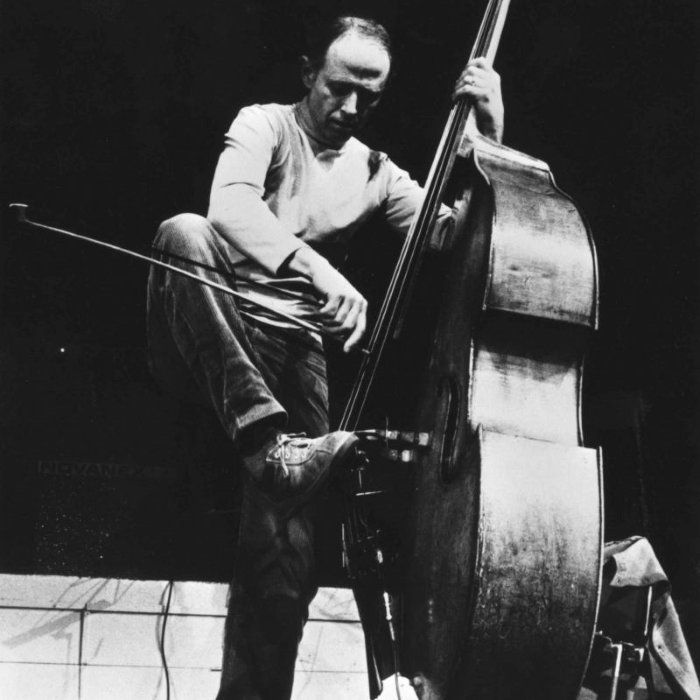 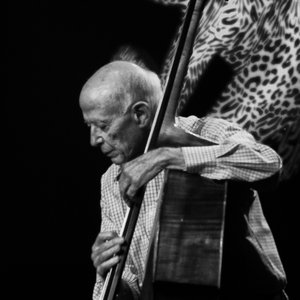 At the age of three Barre Phillips was already giving solo song recitals. He studied romance languages at Berkeley and then moved to New York where he received double bass lessons from Frederick Zimmermann in the early 60s. In March and April 1963 Barre Phillips played with Eric Dolphy at Carnegie Hall, part of Gunther Schuller's Twentieth-Century Innovations series, and from 1964 he was a member of Jimmy Giuffre's revolutionary drumless trio. Barre Phillips worked with Hungarian guitarist Attila Zoller between 1965 and 1967 and also with Archie Shepp, playing on Shepp's side of the famous New Thing At Newport and on one track of his classic On This Night. In 1969 Phillips played in an orchestral project led by John Lennon and Yoko Ono, with the improvising band Gong (Magick Brother) and with Mike Westbrook. Increasingly involved with the European scene, Barre Phillips played with Rolf Kühn and Joachim Kühn (1969) and with English saxophonist John Surman and fellow-expatriate drummer Stu Martin as the Trio (1969-71). In 1971, in conjunction with Dave Holland, Phillips led a whole band of bass players. In 1976 Barre Phillips began recording as a solo artist for ECM Records (Mountainscapes), an arrangement that lasted until 1983. In the latter year Barre played and recorded with the classical ensemble Accroche Note and in 1988 with Derek Bailey and Company. The following year saw Phillips involved with several of British bass player Barry Guy's projects. Phillips' output during the 90s was remarkably prolific and eclectic, with his recordings with Evan Parker and Paul Bley of particular note.

Possessed of an acute rhythmic intelligence, Barre Philips is an important link between the free jazz of 60s America and the European free improvisation scene. Since 1972 he has lived in southern France. Barre Phillips is also an active teacher and has led workshops regularly since 1976 in Europe, America and Japan in Double Bass, Improvised Music and Music for Contemporary Dance.

As much a composer as a performer, Barre Phillips has worked in the areas of film, ballet and theater throughout the years. Barre has composed music for a dozen feature films (Robert Kramer, Jacques Rivette, William Friedkin, Camus…), a score of ballets (Carolyn Carlson and the Paris Opera, Dominique Petit, Yette Resal, Artefacte …) and theater music for several contemporary plays. Phillips also regularly receives commissions for new pieces for concert performances, music festivals and radio productions.