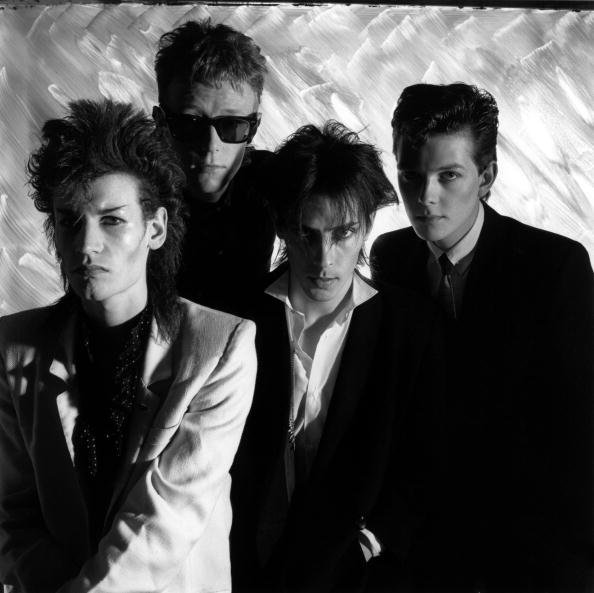 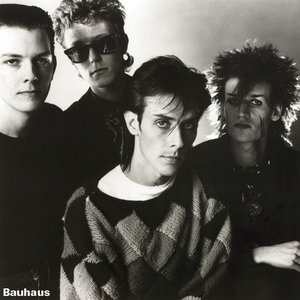 Bauhaus is a rock band formed in 1978 in Northampton, England. The group consists of Peter Murphy (vocals), Daniel Ash (guitar), Kevin Haskins (drums), and David J (bass). The band was originally named Bauhaus 1919 after the German art movement until they dropped the numerals within a year of formation. They combined a number of influences (punk, glam rock, funk, and dub) to create a very dark but very passionate sound, appealing to many looking for something new after punk. Their sound proved very influential, inspiring or bringing attention to a whole wave of post-punk groups delving in the intense, dark and creepy style that would eventually come to be known as goth rock. Bauhaus remains one of the most popular groups of its era and genre.

Bauhaus first broke up in 1983. Peter Murphy began a solo career while the other members continued as Tones on Tail and later as Love and Rockets. Both enjoyed greater commercial success in the United States than Bauhaus had, but disappeared from the charts in their homeland. The band reunited for a 1998 tour and on a more permanent basis in 2005. The group announced plans to disband again following the release of their final album Go Away White in 2008.

The release of Go Away White signaled the end of the band and there was no supporting tour. Drummer Kevin Haskins said in an interview that they “were getting along really well, but there was an incident that occurred.” As a result, “some of us just felt that we didn’t want to carry on as a working unit.” In an interview with SuicideGirls, bassist David J said about the breakup: “You have a test tube, and you pour in one chemical, and you pour in another chemical, and something happens. It starts to bubble. Pour in another chemical, and it starts to bubble a bit more. You pour in a fourth chemical, and it bubbles really violently, and then explodes. That’s my answer.” Peter Murphy claimed in another interview that he “he was most satisfied with the bonding on an emotional level. It was good to be working together and to put the past behind us and it was very positive. The result was coming out really fast, so it was exciting and it was very enjoyable,” but in the end “That rocky character worked and I think it was a bit right to finish it, really.”

Murphy also stated in his MySpace blog that “there’s a lot more to it than this ‘incident’ that I’ve heard bandied about. In any group’s business there are constant incidents, so what? Committing to being in a band takes tolerance, love, and a massive commitment. I’ve walked on that stage at times when I could emotionally barely manage to and give it all just the same. If I’d let some disagreement or bad word distract me from that goal, then I’d need to question my integrity. Anton Corbijn once related to me how Bono of U2 talked about one of the reasons that U2 had survived was that they’re unlike many English bands; there was a kinship and priority given to each other as family. I personally sympathize with that. ‘There is no love where there is no Love.’”

(2) Bauhaus was also the name of an Italian jazz rock band. They made recordings in 1974 but they weren’t released until almost thirty years later.