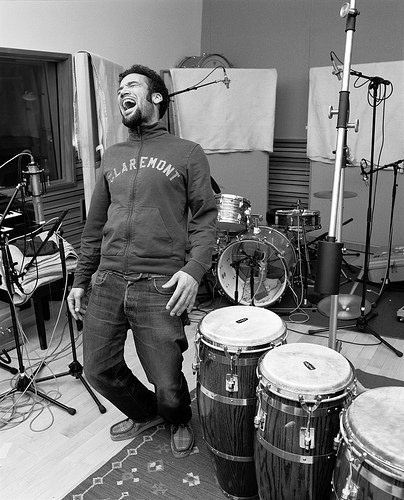 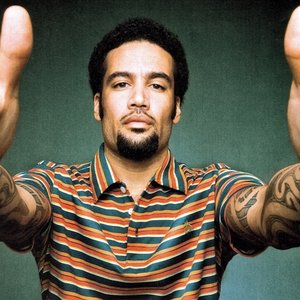 Ben Harper (born in Pomona, CA, on 28 October 1969) is an American Grammy-winning singer and songwriter. As well as solo albums, he has recorded as Ben Harper and Tom Freund, Ben Harper & The Innocent Criminals, Ben Harper And The Blind Boys Of Alabama, Ben Harper and Relentless7, Ben Harper & Charlie Musselwhite, and Ben & Ellen Harper.

Harper grew up listening to blues, folk, soul, RnB, and reggae. Harper's blend of groove-laden funky soul and folky handcrafted acoustics helped him to gain cult status during the course of the 1990s and widespread attention toward the end of the decade. Harper combines elements of classic folk singers, blues revivalists and jam bands and is embraced by critics and college kids alike. Harper's body of work sells consistently and he tours constantly, building a solid, dedicated fan base.

Harper began playing guitar as a child in his hometown of Claremont, California (in California's Inland Empire). He eventually specialized in the acoustic slide guitar (Weissenborn guitars). As a young man, he recorded an LP (Pleasure and Pain) with fellow folk guitarist Tom Freund. After this limited edition record, Harper got a record deal with Virgin Records, who released his debut album, Welcome to the Cruel World (1994).

This was followed by the incendiary Fight For Your Mind (1995) which became a college radio favorite and generated an abundance of songs which still fill his set list to this day.
In 1999 at the Santa Barbara Bowl, Harper met Jack Johnson, who was unknown at the time and had not recorded. Harper obtained a demo tape of 12 of Johnson's songs that he forwarded to his producer, J.P. Plunier, with whom Johnson recorded his first album.

From early on in his career, his music received more attention in Europe than it did in his home country. While he was a well-known and respected figure in the States, in countries like France, Germany, Switzerland, Portugal, and The Netherlands he was a star, receiving a great deal of airplay and critical acclaim. His popularity in Europe is such that he was French Rolling Stone Magazine's "Artist of the Year" (Artiste De L'Année) in 2003, and his tour that year for Diamonds on the Inside played to packed arenas across the continent.

In 2004, Harper recorded the album "There Will Be a Light " as the collaboration Ben Harper and The Blind Boys of Alabama.

In October 2004, Harper participated in the Vote for Change concert tour organised to benefit Moveon.org and encourage people in the swing states to vote during the 2004 U.S. presidential election.

Over the summer of 2005, when the Zooma tour scheduled with Trey Anastasio and various side stage performers was cancelled, Harper took on a tour of more private clubs/venues such as the Avalon Ballroom in Boston, the Tabernacle in Atlanta, and a full-band acoustic performance at the historic Ryman Auditorium in Nashville, TN. This series of concerts saw the debut of a number of new Harper songs, such as "Get It Like You Like It" and "Dressed In Black."

In 2006, Harper released the double album Both Sides of the Gun which debuted at #7 on the Billboard charts.
Next Harper did a worldwide tour, with support from Damian "Jr. Gong" Marley on the North American leg.
In 2007, Harper released the album Lifeline, recorded in Paris just after his tour.

In 2009, Harper recorded the album "White Lies for Dark Times", as the collaboration Ben Harper and Relentless7.

In 2014, Harper recorded the album "Childhood Home" as the collaboration Ben & Ellen Harper.