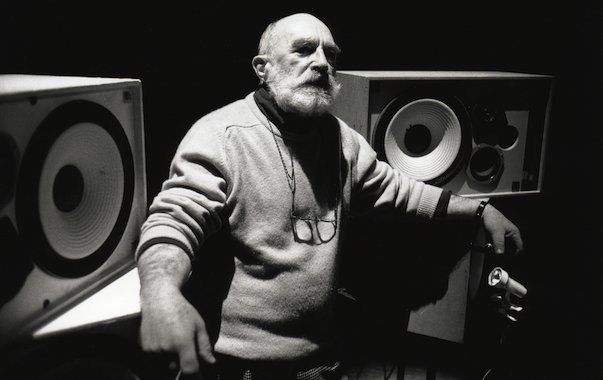 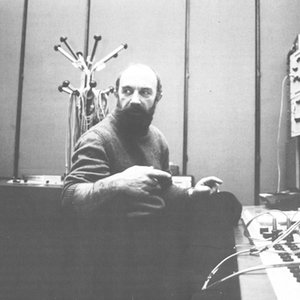 Bernard Parmegiani (1927 - 2013) was a French composer of musique concrete who trained (1959) under Pierre Schaeffer.

Raised amidst two pianos, Bernard Parmegiani grew up under the Sign of Sound, listening to the everyday scales practised by his mother, a teacher, and to the virtuoso repertoire of his step-father.

He was taken on as a sound man first on the radio and later on TV, which is where he conducted his first experiments with "bit twiddling" on tape. During this time he was also studying mime with Marcel Decroux and later at Jacques Lecoq's theatre school, which gave him an awareness of the plasticity of space, a lesson that he would draw on in his later compositions and in the architecture of his sound universe.

Then he met Pierre Schaeffer, who encouraged him to attend a training course in electro-acoustic music (1959) and shortly after he joined the Groupe de Recherches Musicales (1960), of which he was to remain a full member right up until 1992.

Schaeffer put Bernard Parmegiani in charge of the Music/Image unit of the ORTF's Research Departement, where he went on the compose the music for both full-length and short films made by the likes of Robert Lapoujade, Peter Foldés, Piotr Kamler, Valerian Borowczyck, Pierre Kast, Jacques Baratier and Peter Kassovitz, amongst others. This proved to be a first class training ground for learning how to deal with the problems of musical form as these relate to time, and how to overcome the constraints imposed by the medium of the cinema. It was here that he learned to exercise his freedom of creation, albeit within the framework of having to respect the time for which an image was displayed on the screen and having to reflect the contents of films of which he was not the author. He also wrote the music for several jingles ( for France Inter and Roissy Airport and so …) and others advertisements, as well as songs and music written for television, the ballet or the theatre. All of this was good practice, and it later encouraged him to create pieces of music that, when the sound was heard within the context of the stage setting would become the occasion for the humorous or dramatic game.

In 1964, he composed Violostries, his first work for the concert hall (music for tape and violin), first performed at the Royan Festival by the violonist Devy Erlih. There then followed 40 years of uninterrupted research and musical creations built out of an ongoing fight that led him to regard bodies of sound as living bodies. He took a keen interest in those areas in which the improvisation techniques used by jazz musicians met with electro-acoustic music, working with Jean- Louis Chautemps and Bernad Vitet along the way: Jazzex. Today, Parmegiani's own output, primarily made up of sounds recorded on tape, includes more than 70 pieces of concert work.

His long association and familiarity with the moving image led to his developing a keen interest in video art and he made three music video: L'œil Ecoute (1973), l'Ecran transparent et Jeux d'artifice (1979).