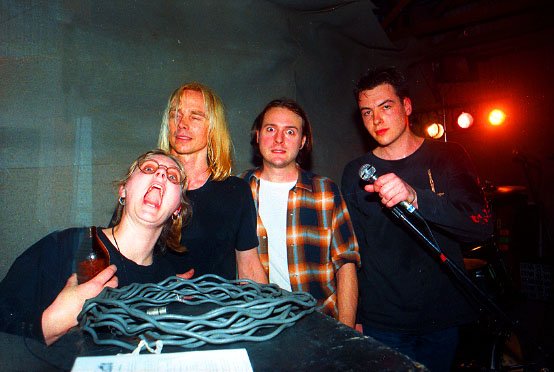 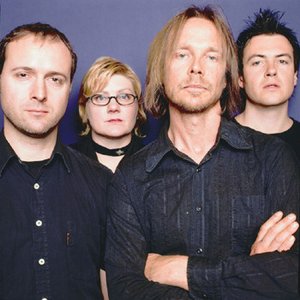 Big Heavy Stuff is a Sydney-based Australian indie rock band with a unique style, blending edgy guitars and a pounding rhythm section with songwriter Greg Atkinson's exceptional sense of melody. Their harder edge, evident on their breakthrough "Maximum Sincere" album of 1997, has mellowed somewhat on more recent releases, without detracting from their trademark emotional intensity. They are known for recent works including their latest albums "Size of the Ocean" and "Dear Friends and Enemies", the latter of which was written at a time of political contemplation in Australia, and therefore contained questions of a profound nature (reflected even in the title of the album). That aside, it still ultimately made for great pop music. While the band's earlier releases are powerful documents in their own right, perhaps the most impressive aspect of Big Heavy Stuff's career has been their musical evolution, with each release building on the last and marking a significant step forward. Today, they are among Australia's most vital guitar bands, and the quality of their catalogue has few peers in the country's rich rock history.

Big Heavy Stuff received a Best Alternative Release nomination at the 15th Annual ARIA Awards for their album Size of the Ocean.

Big Heavy Stuff is a four-piece band, featuring Greg Atkinson (Vocals, Guitars), Carolyn Polley (Guitars, Vocals), Eliot Fish (Bass, Vocals) and Nick Kennedy (Drums). The band was established in 1990 and is with the recording label Redline Records (Australia). Greg Atkinson had previously fronted the band Ups and Downs, Eliot Fish and Nick Kennedy were in The Templebears and Carolyn Polley was singer/guitarist for Dutiful Daughters.

Big Heavy Stuff were at the forefront of Australian independent guitar rock throughout the '90s. The band was formed out of the remains of Brisbane band, Ups and Downs by Greg Atkinson. Quickly signed to an indie imprint of a major label, Big Heavy Stuff was recognized as one of Australia's leading indie rock acts, alongside bands such as Crow, Something for Kate and Jebediah. Although never achieving substantial commercial success, the band was widely respected and critically acclaimed.

The band is not currently active however the members all continue to live in the Sydney area. Drummer Nick Kennedy and bassist Eliot Fish are members of other Sydney bands. Greg Atkinson has gone on to form the Worker Bees with brother (and ex-Ups and Downs bandmate) Darren, and more recently, indie chamber pop band Theories of Everything.

As of January 2006, there is a rumour circulating that the band have parted ways. This was announced on FBi Radio after close to a year of no activity and a long delay in a website update, the last of which was shortly before their last performance at the Come Together Music Festival at Luna Park Sydney.

Big Heavy Stuff played a reunion show in Sydney on April 18, 2009 at the Factory Theatre in Marrickville. The gig were filmed for the That Then This Now documentary.