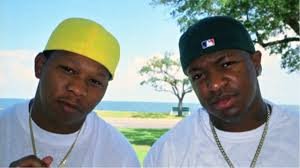 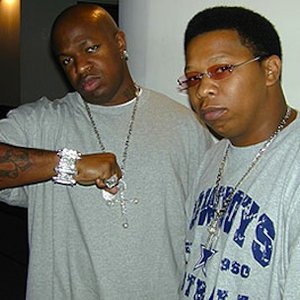 The Big Tymers were an American hip-hop duo active from 1998 to 2002, and later reunited in 2005 for their last album associated together, Big Money Heavyweight. The Big Tymers consisted of Cash Money Records co-founder, Birdman and former Cash Money in-house producer, Mannie Fresh. The Big Tymers released their debut album in 1998 entitled, How You Luv That, and a remixed version of their debut album, How You Luv That Vol. 2 which gave them an abundant amount of publicity afterwards. They recorded their first platinum selling album in 2000 entitled, I Got That Work. The lead single from I Got That Work, "Number One Stunna" peaked at #24 on the Billboard Hot R&B/Hip-Hop Singles & Tracks. In 2002, Mannie Fresh disbanded from Cash Money Records because of financial dispute. The group later reunited again in 2005 for their final album entitled, Big Money Heavyweight, though it failed to receive positive receptions.