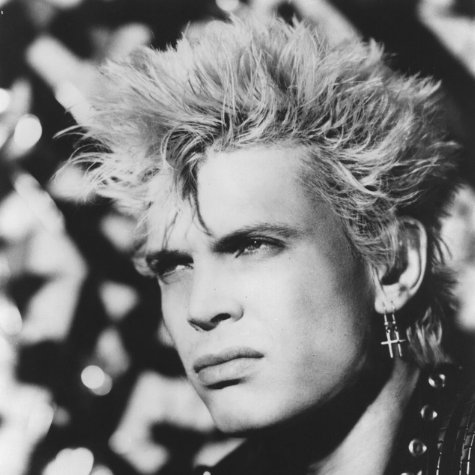 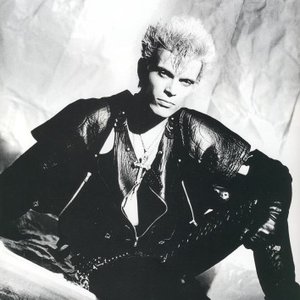 Punk and hard rock artist: Billy Idol (born William Michael Albert Broad on November 30, 1955 in Middlesex, England) is an English musician. Idol lived in Worthing before attending Sussex University for only a year before joining the Bromley Contingent of keen Sex Pistols fans. During this period, Idol decided to become a musician and formed a band called Generation X in 1976.

Generation X signed to Chrysalis Records and released three successful albums before breaking up. Idol moved to New York City and began working as a solo artist and working with Steve Stevens, soon becoming MTV staples with "White Wedding" and "Dancing with Myself," the latter of which had originally been recorded with Generation X. Idol's second LP, Rebel Yell (1983) was a blockbuster success, and established Idol's superstar status in the USA with singles like "Eyes Without A Face," "Flesh For Fantasy," and the title cut.

Idol did not release a new album until 1986; Whiplash Smile sold very well and proved to be a smash, including the hits "To Be A Lover," "Don't Need A Gun," and the Country-flavored "Sweet Sixteen." Stevens soon left for a solo career and Idol continued. A live cover of Tommy James' "Mony Mony" (the studio version of which was an Idol staple from early on) did well on MTV. Just before the release of Charmed Life in 1990, Idol was in a motorcycle accident in which he almost lost his leg. The album sold extremely well (led by "Cradle Of Love," from the Ford Fairlane film), but Idol decided to take a break and acted in The Doors, directed by Oliver Stone. The follow-up to Charmed Life was 1993's Cyberpunk, which was a flop in the States, and Idol sank into drug addiction, nearly dying of an overdose in 1994.

Idol contributed vocals for one song (Into the Night) on Tony Iommi's solo album "Iommi" in the year 2000.

Devil's Playground, which came out March 22, 2005, is his first new studio album in nearly 12 years.