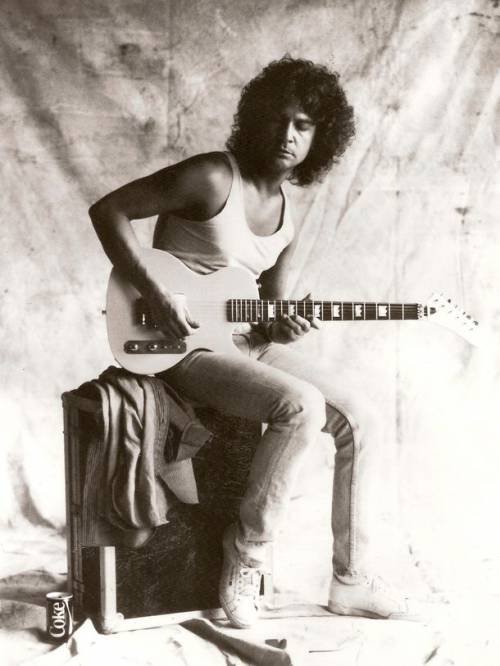 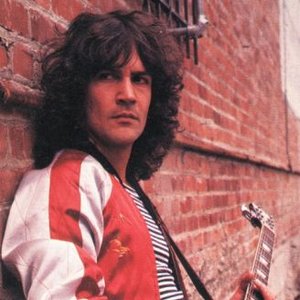 Billy Squier (born May 12, 1950, in Wellesley Hills, Massachusetts) is a rock musician. He had a string of arena rock and power ballad type hits in the 80s. He's probably best known for the song "The Stroke", on his 1981 album 'Don't Say No'. Said album has been RIAA certified as triple-platinum. Other hits include "Lonely Is The Night", "Everybody Wants You", "In The Dark", "My Kinda Lover", and "Rock Me Tonite". Squier left the music industry in the mid-90s, due in part to issues with his label as well as changing musical trends.

He has been active in the 00s and since, touring both as a single artist and as a member of the rotating supergroup 'Ringo Starr & His All Starr Band'. Before fronting the band titled in his name, Squire was the frontman of the power pop group Piper. Said band had some underground fame in the 70s before Squire left for bigger things.

Squier started off his solo career with May 1980's 'The Tale of the Tape'. Although a commercial breakthrough eluded him, the release spent three months on Billboard's album chart and gained a large fan response. Working with songwriter impresario Desmond Child and Kiss co-guitarist Bruce Kulick, his album also brought him praising critical reviews, noting his talent for meeting catchy pop hooks with aggressive guitars and vocals.

His 1981 follow-up, 'Don't Say No', shot his career into the stratosphere. It hit the Top Five on the Billboard album chart and remained on the chart for over two years (a total of 111 weeks). Getting RIAA certified as triple-platinum, singles such as "Lonely Is The Night" and "The Stroke" became staples of arena rock radio. His music from this album has popped up in variety of places such as in the comedy film 'Blades of Glory' and in the popular Guitar Hero video game series.

Squier's third album, 'Emotions in Motion', also picked up both critical praise, with Allmusic calling it a "slice of AOR heaven", and commercial acclaim. The album itself peaked at #5 on the Billboard 200 chart while singles such as "Everybody Wants You" and "Learn How To Live" achieved top 40 rock stardom. Squier also achieved notability both for his album cover, devised by famous artist Andy Warhol, and for his popular music videos, played often on MTV.

Massively successful touring with artists such as Queen had Squier labeled as one of the best hard rock artists of the decade. Still, 'what goes up, must come down', as the saying goes, and his next album would spell his downfall. 1984's 'Signs of Life' came out with initial good press, viewed as perhaps lacking the rock crunch of his previous affairs but still involving some catchy tunes. Single "Rock Me Tonite", released in June 1984 as the lead single, became his highest charting U.S. song, peaking at number 15 on the Billboard Hot 100 and hitting the Top 10 on the Cash Box singles chart. It also returned him to #1 on the Top Rock Tracks chart in August of 1984.

Nevertheless, the music video for the song was the beginning of the end for this part of Squier's career. Popularly regarded as one of the worst ever music videos ever made, if not the worst, it shows Squier putting on a pink tank top and making effeminate dance moves around a bed with pastel-colored satin sheets while badly miming to the song, rolling around on the floor in several parts. Many viewers who saw it thought that it depicted the singer on drugs or pretending to be flamboyantly gay. It was directed by Kenny Ortega, who was the third director to be considered for the job.

After an acrimonious break from his label and also making other changes, Squier re-grouped and released 'Enough Is Enough' on September 27, 1986. Signed to Capitol Records, he achieved some success, with the album having peaked at #61 on the Billboard album chart, but failed to meet expectations. Some critics charged that the stress that he had been put under took its toll on his songwriting. Future releases over the next few years failed to change things as his popularity slid downwards, and he ultimately quit the music industry for several years in the 90s.

As stated before, he has been active in the 00s and since, touring both as a single artist and as a member of the rotating supergroup 'Ringo Starr & His All Starr Band'. More recently, a few live albums have come out featuring his music. He also has had several low-key tours.