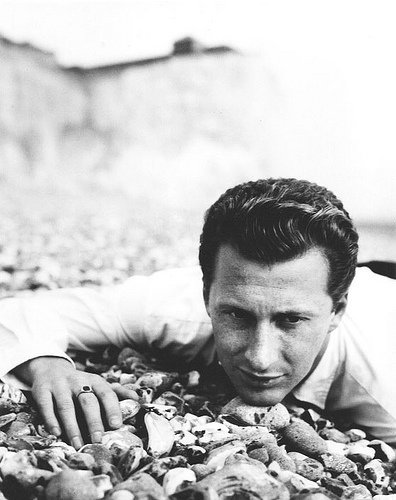 There are at least four artists referred to as "Black":

1) An English singer-songwriter.
2) A Bangladeshi rock band.
3) A Malaysian singer-actor.

His fist gig was New Year’s Day, 1982 and his debut single 'Human Features' was released the same year. An erratic few years followed and he signed for WEA records in 1984, but the relationship was not fruitful and Vearncombe was dropped during the promotion period for the single ‘More Than The Sun.’

Black had two top-ten hits in the UK in 1987: 'Sweetest Smile' and 'Wonderful Life'. The album of this name reached no. 3 in the UK album chart, but following albums and singles did not enjoy similar commercial success. He was able to continue recording music, releasing 14 albums over the course of his life. His latest, ‘Blind Faith’, was released in 2015.

Vearncombe died in Cork, Ireland, on January 26, 2016, after suffering from head injuries in a car accident.

2) Black is a band from Bangladesh. Black is mainly an alternative band who sings in Bangla, the language of Bangladesh. The band formed in 1998 with four members - John, Tony, Asif, Spondon. Later the band line-up changed as Miraz and Tahsan joined the band in 2000 and Spondon and Asif left the band. Their first song was released in an underground mixed album "Charpotro", their first solo album Amar Prithibi was released in 2002 which is still a big hit. Their second album Utshober Por got released in 2003. Both albums were released from the label G-Series. Though their released music now defines them, and that has been a plethora of styles present in them from nu metal to emo like alternative, they had before that time performed in a lot of underground metal concerts covering the likes of Pantera. They are pretty known for their innovative stances on music and performance.

3) Hanifah bin Md Hanafiah , rather known mononymously by his stage name Black, is a Malaysian singer and actor who rose to fame after winning the third season of the local reality show Mentor. At the time, Black was the protege of renowned Malaysian singer Mas Idayu.

4) black is a rapper from New York who released his debut album JAZZ FOR JESUS on September 17, 2021, his latest project In All Its Messiness, released September 6, 2022, is an EP containing barely mixed and unmastered demos.