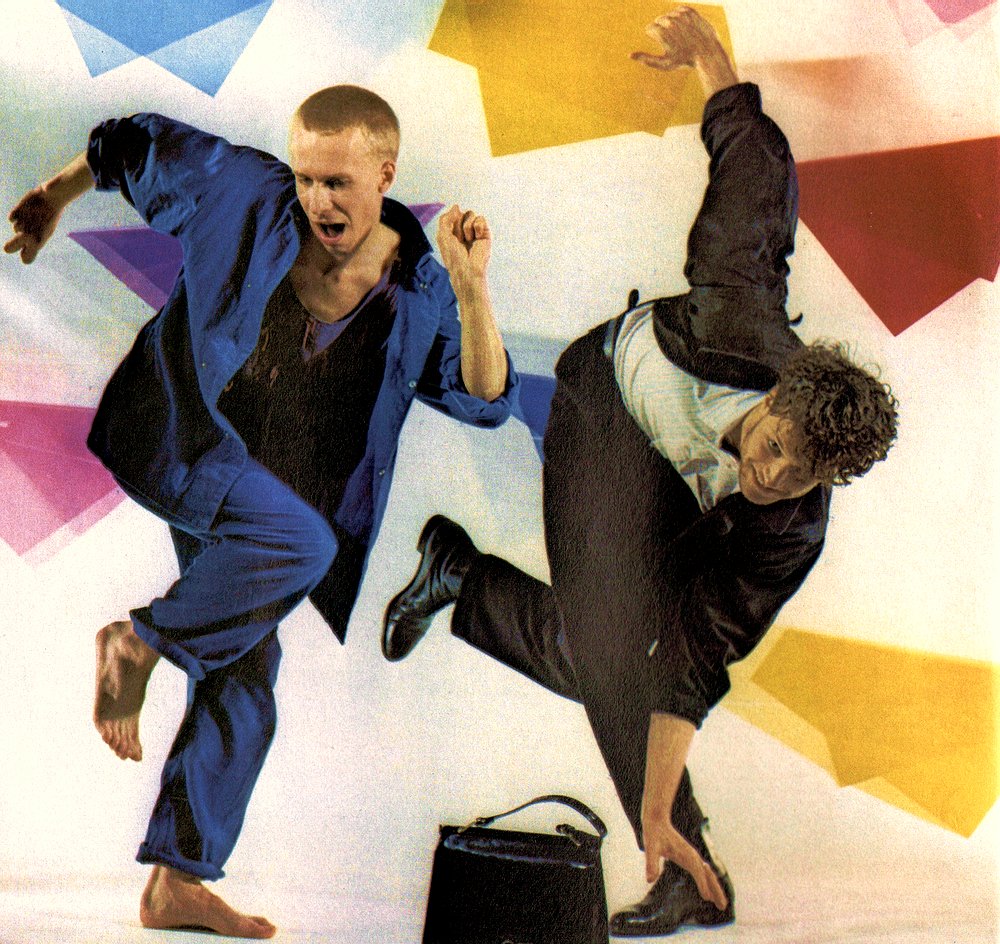 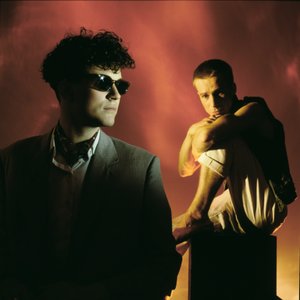 Blancmange was formed in Harrow in Greater London by vocalist Neil Arthur (born on 15 August 1958, in Darwen, Lancashire) and instrumentalist Stephen Luscombe (born on 29 October 1954, in Hillingdon, Middlesex). After the 1979 creation of the new wave group, named for the popular sugary dessert, they released their first EP, titled "Irene & Mavis", the following year. Blancmange had their first real notable exposure via a track on the seminal 'Some Bizarre' compilation album, alongside fellow synthpop acts "Soft Cell" and "Depeche Mode".

This led to them signing a deal with London Records. Blancmange supported Nash the Slash on a London club tour in October and November 1980. Nash introduced the band to the Virgin subsidiary record label DinDisc, but they were ultimately signed by London Records, in 1982.

Their first success was the "Talking Heads" influenced single "Feel Me", a minor hit in 1982, but later that year they broke through with the single "Living on the Ceiling", which made Number 7 in the UK singles chart. Their debut album, "Happy Families" (which featured a sleeve painting in the style of Louis Wain) also reached the top 30.

In 1984, Blancmange covered "ABBA's" single "The Day Before You Came", which reached No 22 in the UK (slightly higher than Abba's original less than two years earlier). The bands' 1985 single and video for "Lose Your Love" featured in the 1986 Walt Disney film "Flight of the Navigator".

Eventually, as synthpop became less fashionable, the band's fortunes declined. The 1985 single "What's Your Problem" only reached No. 40, and the subsequent album "Believe You Me" spent only two weeks in the UK Albums Chart, peaking at no.54. Blancmange formally split up in 1987.

Luscombe later released an album of Indian influenced music, "New Demons", with Pandit Dinesh, under the name The West India Company, in 1989. Arthur meanwhile released his solo album "Suitcase", in 1994.

As stated on the bands' MySpace page, as of 2006 Neil Arthur and Stephen Luscombe have reformed Blancmange and are writing material for a new album called "Blanc Burn", which was released on 7th March 2011 with a support tour.

On March 23rd 2015 Blancmange released their fifth studio album "Semi Detached", the first to be produced without the involvement of Stephen Luscombe who left the band due to ill health.