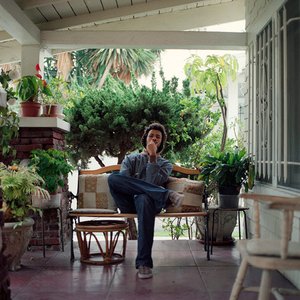 Johnson Barnes (born April 15, 1983 in Inglewood, California), better known by the stage name Blu, is an American rapper and producer. In 2007 he released his debut album, "Below the Heavens", which was produced entirely by Exile, one half of Emanon. Since then he has collaborated with Mainframe under the name Johnson&Jonson, and with Ta'Raach under the name C.R.A.C. Knuckles. He has also released several solo albums, most notably "HerFavoriteColo(u)r" (2009), "j e s u s" (2011) and "No York!" (2011). Furthermore, in 2009 he produced the Sene & Blu album "ADayLate&ADollarShort" and in 2011 he released a second album with Exile, "Give Me Flowers While I Can Smell Them".

Blu is definitely a leader in the new school of Los Angeles emcees. His presence is undeniable, while his music captivates audiences regardless of race, class, and gender. He has been credited with taking LA hip hop back to the place where Freestyle Fellowship, Jurassic 5, and The Pharcyde left off.

With his cool-headed SoCal demeanor and everyman charisma, Blu was championed at the onset of his recording career when he collaborated with Emanon DJ/producer Exile for the highly acclaimed LP Below the Heavens (2007). Born Johnson Barnes in Inglewood, California, Blu, whose stepfather was a pastor, was very influenced by gospel and Christian rap when he was developing his MC skills in middle and high school. His musical turning point came when he first heard the Common classic "I Used to Love H.E.R." (1994), as well as the Chicago MC's third album, One Day It'll All Make Sense (1997). From then onward, Blu abandoned his schoolyard freestyle frame of mind and dedicated his abilities to crafting well-written songs. As he started doing live performances, he paid his dues working as a hype man for several underground rap and soul artists, including Slum Village, Steve Spacek, Platinum Pied Pipers, and, of course, Emanon. His relationship with Exile and newfound mindset in making music pointed him toward signing with L.A. independent Sound in Color in 2004, which for the young MC meant brushing off interest from Interscope and Death Row.

Subsequently, he cut a few records for Exile's Sound in Color album, Dirty Science (2006), recorded features for other L.A. artists, and self-pressed his Lifted EP in 2006. When Below the Heavens first hit shelves in August 2007, Blu and Exile were virtual unknowns in underground hip-hop, but Blu's deft songwriting and Exile's soul-drenched, Jay Dee-influenced production quickly amassed them a national audience. Below the Heavens ended up on many critics' year-end lists and, particularly, launched Blu into the public hip-hop eye. Remaining independent, Blu later turned to Sound in Color labelmate and L.A.-via-Detroit MC/producer Ta'Raach (formerly known as Lacks) for the collaborative project C.R.A.C. Knuckles. Over the next five years, Blu released a total of seven albums and mixtapes, including 2011's Open and Blu & Exile's Give Me My Flowers While I Can Still Smell Them in 2012. The previously unreleased albums Her Favorite Colo(U)r and NoYork! also finally saw proper release in 2013. ~ Cyril Cordor, Rovi

The underground Los Angeles-based duo of MC Blu (b. Johnson Barnes) and DJ/producer Exile (b. Aleksander Manfredi) earned widespread acclaim right out of the gate with their debut album, Below the Heavens (2007), which critics crowned as the seemingly perfect marriage of Blu's everyday-struggle raps and Exile's Pete Rock- and J Dilla-inspired production. Blu, struggling to make ends meet at the time, first crossed paths with Exile in the early to mid-2000s, while the rapper earned gigs as a hype man for various soul/hip-hop outfits like Slum Village, Platinum Pied Pipers, and Exile's own duo, Emanon. In fact, Blu knew the other half of Emanon, MC/singer Aloe Blacc, who then introduced the two to each other. Deciding to sign to L.A. independent label Sound in Color, Exile's label home, in 2004, Blu began cutting a few records with the DJ/producer and assisted him with his solo LP, Dirty Science (2006). Blu was still trying to break into the industry, but Exile was enjoying production credits for the likes of Jurassic 5, Kardinal Offishall, and Mobb Deep. The release of the soul-entrenched collaborative effort, Below the Heavens in August 2007, put them both in the limelight and had fans of the alternative rap scene buzzing; however, it specifically garnered Blu many "Artist to Watch" features in various magazine and online publications throughout the year and into 2008. During subsequent years, they worked apart more than together; nevertheless, 2012 brought another co-billed LP, Give Me My Flowers While I Can Still Smell Them. ~ Cyril Cordor, Rovi