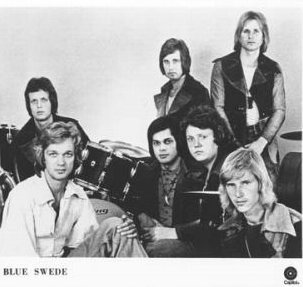 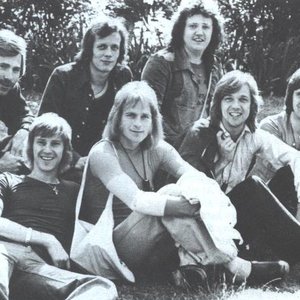 Blue Swede was a Swedish pop/rock band from the early to mid-70s that succeeded with a few singles that covered other artists' material, played in a deliberately 'kitsch' and 'novelty' sound. The band was originally called "Blåblus" (Swedish for "blue denim shirt") and featured vocalist Björn Skifs of the band Slam Creepers singing the lead vocals. The band got their international break-through in 1974 with their cover of the 1969 B. J. Thomas ballad "Hooked on a Feeling" as adapted by British pop eccentric Jonathan King. Their "Hooked on a Feeling" was a commercial juggernaut, shooting all the way to the number one spot in the U.S. Hot 100 chart and gaining serious airplay worldwide.

The group additionally had a U.S. top 10 hit with "Never My Love", a cover of pop band The Association's tune. Also of note, the group recorded a 1975 medley that combined Tommy James and the Shondells' "I'm Alive" and Deep Purple's "Hush", which played better in Scandinavia than anywhere else and brought them to a bombastic arena rock sound more aggressive than their general style. Over the years, Björn Skifs has had a moderately successful solo career in Europe. "Hooked on a Feeling" has experienced many surges of popularity, happening more recently in 2014 as part of its inclusion in the film 'Guardians of the Galaxy'.