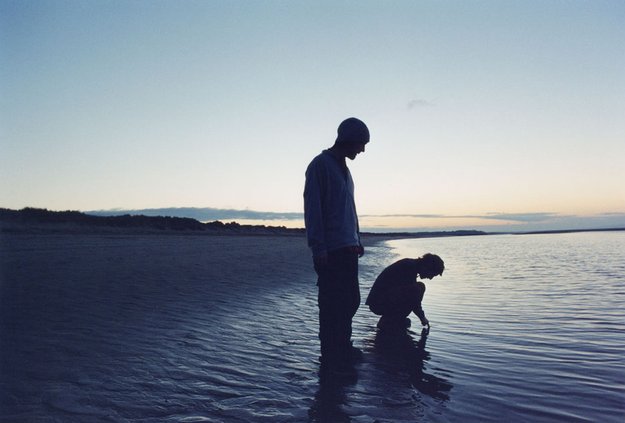 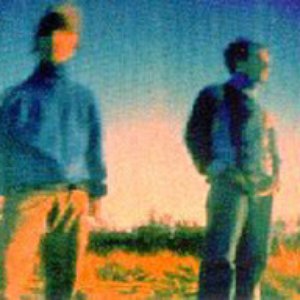 Boards of Canada are an electronic music duo from Edinburgh, Scotland, UK, formed in 1985 and comprised of brothers Mike Sandison (born 1 June 1970) and Marcus Eoin (born 21 July 1971). They have released a number of works, most notably the studio albums Music Has the Right to Children (1998), Geogaddi (2002), and The Campfire Headphase (2005) on the pioneering electronic music label Warp. Their fourth album Tomorrow's Harvest was released in June 2013.

Boards of Canada have had an enormous influence on the ambient, downtempo and IDM scenes. They have frequently made reference to the warm, scratchy, artificial sounds of 1970s television. Indeed, the Sandison brothers admit to being inspired by the documentary films of the National Film Board of Canada, from which they take their name. The duo have recorded a few minor works under the name Hell Interface. Boards of Canada’s music has been used in several CSI episodes and on Cartoon Network’s Adult Swim interlude shorts; small bits of their music have been used on the BBC program Top Gear for transitional music.

Growing up in a musical family, brothers Mike Sandison and Marcus Eoin began playing instruments at a young age. They experimented with recording techniques at around the age of 10, using tape machines to layer cut-up samples of found sounds over compositions of their own. In their teens they participated in a number of amateur bands, however, it wasn't until 1986 when Marcus was invited to Mike’s band that Boards of Canada was born.

By 1989, the band had been reduced to Sandison, Eoin and Christopher Horne. In the early 1990s, a number of collaborations took place and the band put on small, fairly regular shows among the “Hexagon Sun” collective.

In early 2000, the official website for the band, Music70.com (now boardsofcanada.com) removed the early discography of Boards of Canada, although some information has been preserved by fans. Early tape releases by Boards of Canada include "Play by Numbers", "Acid Memories", "Hooper Bay", and the earliest known release by the band is titled "Catalog 3". None of the material from those days is readily available, and since official Boards of Canada sources ignore the existence of this material, there seems to be little chance for this early material to ever resurface.

Boards of Canada from Twoism (1995-present)

In 1995, the band released the first work from the Hexagon Sun studio, the EP "Twoism". Like earlier Music70 releases, it was produced in a self-financed limited run and was privately distributed, primarily to friends and labels. Unlike previous releases though, a small number of copies were also released to the public through the IDM mailing list. Though not a widespread commercial release, it was considered of such high quality to be subsequently re-pressed in 2002 and serves as a demarcation point into more professional releases.

"Music Has the Right to Children" was released in 1998. Many fans consider this record to be a masterpiece. The popularity of the record was substantial enough to start a wave of sound-alikes.

John Peel featured Boards of Canada on his BBC Radio 1 program in January of 1998. The session featured two remixes from "Music Has the Right to Children" — "PlayAquarius (Version 3)" and "PlayOlson (Version 3)" — along with the tracks "Happy Cycling" and “XYZ”. Excluding “XYZ”, the set was released on a Warp Records CD titled "Peel Session TX 21/07/1998".

Though never an actively touring band, Boards of Canada did perform a handful of shows. Early shows saw them supporting Warp label-mates Seefeel and Autechre in a scattering of UK dates. They also participated in a few festivals and multi-artist bills, including two Warp parties: Warp’s 10th Anniversary Party in 1999 and The Incredible Warp Lighthouse Party almost one year later. They made their most prominent showing in 2001 as one of the headliners at the Tortoise-curated All Tomorrow’s Parties festival. They have not performed a live show since.

Boards of Canada released a four-track EP, "In a Beautiful Place Out in the Country", in November 2000, their first original release in two years.

The full-length album "Geogaddi" was released in 2002. It was described by Sandison as ”a record for some sort of trial-by-fire, a claustrophobic, twisting journey that takes you into some pretty dark experiences before you reach the open air again.”

Throughout most of their career, Mike and Marcus chose not to publicize their brotherhood and were simply portrayed as childhood friends. Their kinship was finally revealed in a 2005 Pitchfork interview. Mike explained that they concealed the fact to avoid comparisons to Orbital, another well-known UK electronic group composed of two brothers.

Their third album for Warp Records, "The Campfire Headphase", was released on 17 October 2005. The album covers much of the same musical territory as their previous works and featured fifteen tracks, including “Peacock Tail”, “Chromakey Dreamcoat”, and “Dayvan Cowboy”. Two versions of “Dayvan Cowboy” — the original and a remix by Odd Nosdam — are on the six-track EP, "Trans Canada Highway", which was released on 26 May 2006.

Brief songs or “vignettes” feature prominently in their music. Such songs are often weaving melodies or speech accompanied by atmospherics to capture a specific moment or mood. They often last less than two minutes, but, as Sandison says, “those short tracks you mention, we write far more of those than the so-called ‘full on’ tracks, and in a way, they are our own favorites”.

Boards of Canada have written an enormous number of song fragments and songs, most of which will never be released. It does not appear that music is made exclusively for commercial release. Rather, albums seem to be the result of selecting complementary songs from current work, which is a compositional technique shared by many electronic or experimental artists such as Nightmares on Wax, Canabrism and King Crimson. Geogaddi’s development involved the creation of 400 song fragments and 64 complete songs, of which 23 were selected, one of which is silence.

Marcus and Mike have both expressed a strong interest in the power of subliminal messaging and their work is full of cryptic messages.

Some critics refuse to listen to their music on account that they are positive the band is trying to brainwash their listeners for unknown motivations, citing references to David Koresh and occult symbols as proof. Others approach these facts from the skeptical angle, saying it is nothing but a bunch of “cute tricks” and an ironic gesture towards people who take such things seriously (and some would say, as a bit of a similar gesture towards their own body of work in later releases, such as "Geogaddi").