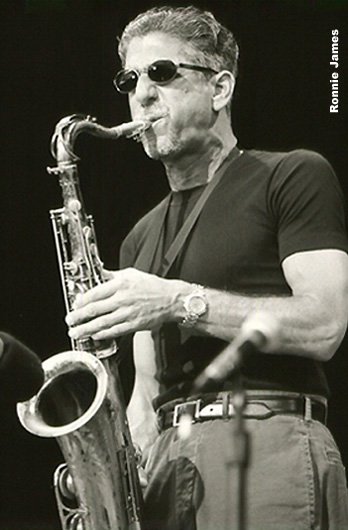 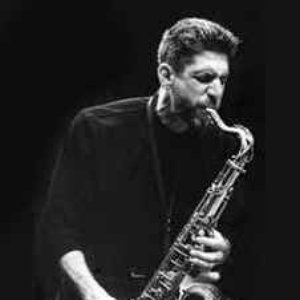 Bob Berg, (April 7, 1951 - December 5, 2002) was a jazz saxophonist originally from Brooklyn, New York City. He started his musical education at the age of six when he began studying classical piano. He began playing the saxophone at the age of thirteen. Bob Berg was a Julliard graduate influenced heavily by the late 1964-67 period of John Coltrane's music. A student from the Hard-Bop school, he played from 1973-76 with Horace Silver and from 1977-83 with Cedar Walton. Berg became more widely known through his short period in the Miles Davis band. He only stayed for one album leaving in 1987. After leaving Miles Davis' band, he released a series of solo albums and also performed and recorded frequently in a group co-led with guitarist Mike Stern. On these albums he played a more accessible style of music, mixing funk, jazz and even country music with many other diverse compositional elements to produce albums that were always musical. His saxophone sound was a synthesis of r'nB' players like Junior Walker and Arnett Cobb with the lyricism, intellectual freedom and soul of Wayne Shorter, Joe Henderson and John Coltrane. He was tragically killed in a traffic accident in East Hampton, NY.

He often played at the 7th Ave South NYC club and was loved.

The person who crashed into him accidentally was a good friend of his driving a dump truck which skidded into oncoming traffic in ice.

Tenor saxophonist Bob Berg channeled the bold dynamics of hard bop to emerge as one of contemporary jazz's most expressive and resourceful improvisers, honing a richly articulated sound bolstered by flawless technical command. Born in New York City on April 7, 1951, Berg grew up in Brooklyn, initiating piano lessons at age six. At 13, he moved to alto saxophone, first discovering jazz when a high school teacher introduced him to the music of Cannonball Adderley and Horace Silver. After dropping out of New York's High School of Performing Arts, Berg enrolled in a special non-academic curriculum at the Juilliard School of Music. In 1968, he made his professional debut touring behind Brother Jack McDuff, and by the time the 1960s drew to a close, he specialized in tenor saxophone, his subsequent creative path profoundly shaped by John Coltrane. After a brief flirtation with free jazz Berg renounced the avant-garde in favor of postwar bop. On the recommendation of fellow saxophonist Michael Brecker, he joined Silver in 1973, remaining with his boyhood hero for three years, when he replaced George Coleman in Cedar Walton's Eastern Rebellion. In 1978 Berg stepped out to record his debut LP, New Birth, and after leaving Walton in 1981 he cut his sophomore effort, Steppin': Live in Europe; he rose to new levels of renown upon joining Miles Davis in 1984, a three-year stint that set the stage for his 1987 breakout session, Short Stories. Berg closed out the decade in the band he led with co-founder/guitarist Mike Stern, cutting a series of LPs including 1988's Cycles and 1990's In the Shadows. In 1992, he signed on with Chick Corea's acoustic quartet, and that same year led his own quartet on a U.S. Department of State-sponsored tour of the Caribbean. Upon releasing the 1997 solo date Another Standard, Berg joined an acoustic reincarnation of the group Steps Ahead, and in 2000 he also joined the cooperative project the Jazz Times Superband, collaborating with Randy Brecker, Joey Defranchesco, and Dennis Chambers. Berg next surfaced alongside vibraphonist Joe Locke in the group 4 Walls of Freedom. Sadly, their eponymous debut set did not appear until after the saxophonist's death in an auto accident near his home on Long Island on December 5, 2002. ~ Jason Ankeny, Rovi