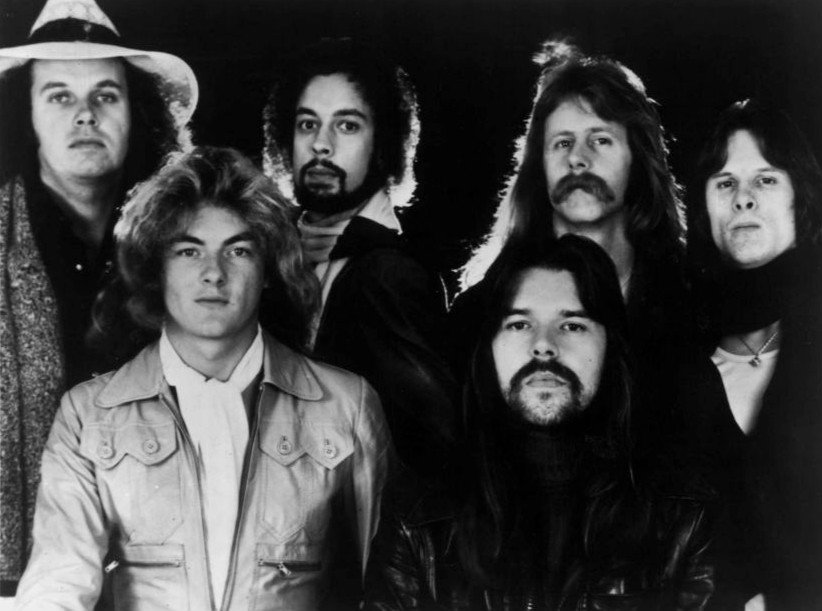 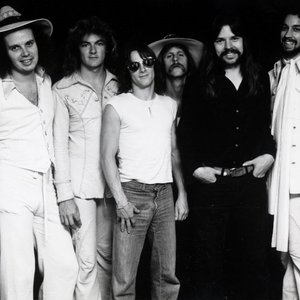 Seger himself did all lead vocals and plays guitar and piano.

Seger has almost always used session musicians, most notably The Muscle Shoals Rhythm Section, on his albums as well.

In 1974 Seger formed the Silver Bullet Band and released the album Seven (credited to Bob Seger), which contained the Detroit-area hard rock hit "Get Out of Denver". This track that was a modest success and charted at #80 nationally.

In April 1976 Seger and the Silver Bullet Band had an even bigger commercial breakthrough with the album Live Bullet, recorded over two nights in Detroit's Cobo Arena in September 1975. The album stayed on the Billboard charts for 168 weeks, peaking at #34 which was Seger's highest charting album at the time. It also contained Seger's hit rendition of Tina Turner's "Nutbush City Limits" (#69 US) as well as Seger's own classic take on life on the road, "Turn the Page", from Back in '72. It also included his late 1960s successful releases — "Heavy Music" and "Ramblin' Gamblin' Man".

Critic Dave Marsh later wrote that "Live Bullet is one of the best live albums ever made … In spots, particularly during the medley of 'Travelin' Man'/'Beautiful Loser', Seger sounds like a man with one last shot at the top." An instant best-seller in Detroit, Live Bullet quickly began to get attention in other parts of the country. In June 1976 he was a featured performer at the Pontiac Silverdome outside Detroit in front of nearly 80,000 fans. Only three nights before in Chicago, Seger had played before 50 people in a bar.

Seger and the Silver Bullet Band achieved a commercial breakthrough with their 1976 album Night Moves which featured several hits including the highly evocative title song. Subsequently Seger had success with rockers such as "Hollywood Nights" and mellower mid-tempo ballads such as "We've Got Tonight", "Fire Lake" (recorded 1979, and featured Don Henley, Timothy B. Schmit, and Glen Frey on backing vocals) and "Against the Wind". His most recognizable songs are almost certainly "Old Time Rock & Roll" (featured in the film Risky Business) and "Like a Rock" (most familiar to many younger Americans through its association with a long-running Chevrolet ad campaign).

Seger and the Silver Bullet Band released The Distance in 1982. Critically praised for representing a tougher sound than some of Seger's recent material, the album spawned hits with Rodney Crowell's "Shame on the Moon" (which also did moderately well as a country music song), "Even Now", and "Roll Me Away". But perhaps because Seger and his band were ill-equipped to exploit the new MTV era, Seger's album sales dropped noticeably, with The Distance only selling approximately 1 million copies. The following year country music superstar Kenny Rogers would team up with pop singer Sheena Easton to cover "We've Got Tonight". This version was a world wide hit and was so successful Rogers used it as the title cut to one of his own albums. In 1984 Seger wrote and recorded with his band the power rock ballad "Understanding" for the "Teachers" movie soundtrack. The song was a mild Top 40 hit in 1985.

Seger and the Silver Bullet Band were no longer as prolific and four years elapsed before their next studio album, 1986's Like a Rock emerged. The fast-paced "American Storm" garnered both pop and rock airplay, and "Like a Rock" became yet another successful Seger ballad. Later it would become familiar to many Americans through its association with a long-running Chevrolet ad campaign (something Seger explicitly chose to do to support struggling American automobile workers in Detroit). Seger's 1986-1987 American Storm Tour was his self-stated last major tour, playing 105 shows over 9 months and selling almost 1.5 million tickets. Like a Rock sold over a million copies and went platinum.

Bob Seger and the Silver Bullet Band's next record was 1991's The Fire Inside, at a time when glam metal, grunge and alternative rock were all taking the forefront. Seger's new music found little visibility on radio or elsewhere. The same was true of 1995's It's a Mystery, however the album was certified Gold (500,000 copies sold). In between, however, his Greatest Hits compilation was a major success, achieving sales of over 8 million units through late 2006. Seger did go back on the road again for a 1996 tour, which was successful and sold the fourth-largest number of tickets of any North American tour that year.

Seger and his band has recently released his first new album in 11 years, titled Face the Promise (credited to Bob Seger) (with guest appearances from Patty Loveless and Detroiter Kid Rock). In its first 45 days, the album sold more than 400,000 copies, according to Soundscan. The album has sold over 1 million copies to date and stayed on the Billboard chart for months. His supporting tour has also been eagerly anticipated, with many shows selling out within minutes. Showing that Seger's legendary appeal in Michigan had not diminished, all 15,000 tickets available for his first show at Grand Rapids' Van Andel Arena sold out in under five minutes; three additional shows were subsequently added, each of which also sold out.

The Encyclopedia of Rock And Roll stated that "His throaty, authoritative delivery is a pleasure to listen to, and the Silver Bullet Band is superb."

Events in late March of 2007 suggested that Seger may move on from Capitol Records because those who had worked with him to this point are now gone from the label. The same press release also confirmed Seger's intention to release a live CD/DVD package chronicling his Face the Promise tour at some point in the fall.