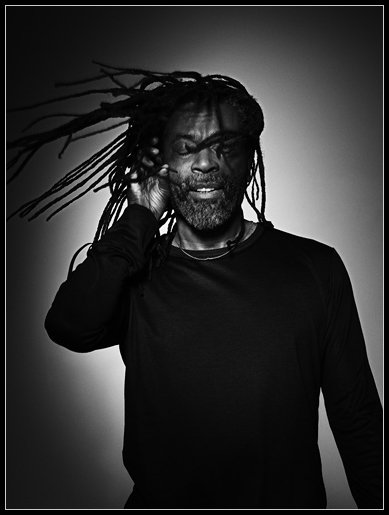 Bobby McFerrin (born New York City, March 11, 1950) is a jazz-influenced a cappella vocal performer and conductor. A ten-time Grammy Award winner, he is one of the world's best known vocal innovators and improvisers. His song "Don't Worry, Be Happy" (featured in the 1988 movie Cocktail, and the 2005 movie Jarhead) was a #1 U.S. pop hit in 1988.

He has also worked in collaboration with instrumental performers including pianist Chick Corea and cellist Yo-Yo Ma. This collaboration has established him as an ambassador of both the classical and jazz worlds. His recordings have sold over 20 million copies.

In addition to his vocal performing career, Mr. McFerrin was appointed in 1994 as creative chair of the Saint Paul Chamber Orchestra.

He is the subject of a persistent yet wholly unfounded rumour that he has committed suicide. The rumor was so strong that the official Bobby McFerrin FAQ addressed the question.

Mr. McFerrin and his oft-maligned hit "Don't Worry, Be Happy" were parodied on "The Simpsons" as "I'm Worried - Need Money".