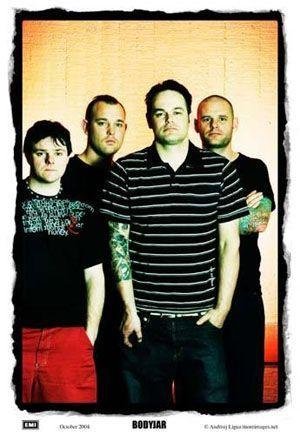 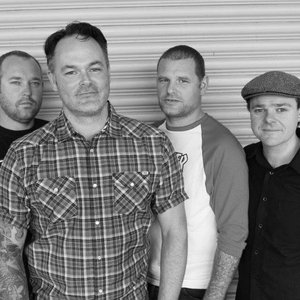 Bodyjar is an Australian punk rock band based in Melbourne, that formed in 1994, when they changed their name from 'Helium'. Their song "Not The Same" was also featured in the video game Tony Hawk's Pro Skater 3. Bodyjar have released 7 albums, 6 of which were recorded in studio and their latest which is a live recording entitled 'Is It Alive'. The band contained two of its original members, Cameron Baines (lead vocals/guitar) and Grant Relf (Bass) when they split. Drummer Shane Wakker has been in the band since 2005, after replacing long-time drummer Ross Heatherington and Tom Read (guitar/vocals) completes the line-up. The band now play one off shows from time to time.

Despite having their commercial peak seemingly behind them, Bodyjar remain a major attraction on the all-ages circuit in Australia, and continue to tour and play festivals. Selections from their discography have also been repackaged and released for the American and Japanese markets, where they have consolidated live followings.

Band members are also part of other side projects – Daughters of the Rich and Burn the City.

Despite an announcement on the official Bodyjar website, as of the 10th of January 2008, a new album "looks to be shaping up for late in the year". However, the band announced on September 4, 2009 they would be calling it quits after a farewell tour.

Bodyjar reunited in March 2012 to perform No Touch Red in its entirety at Melbourne's Corner Hotel, together with former tour mates One Dollar Short and Antiskeptic. Regarding the show, bassist Relf remarked, "When a good friend of Bodyjar’s says they want to start a label and release one of your old albums on vinyl, you don’t have to think too long or too hard about the response. No Touch Red kicked some arse back in the day and still holds its head up high all these years later, so I say let there be vinyl and a show to boot."

As of February 2013, Bodyjar has performed as a support act for various touring bands in Australia, such as The Descendents. Read explained in an October 2013 interview that, following the Descendants tour, the band had "a little bit of money in the bank" and decided to write and record for a new album: "we just thought let's write some songs and if they are good enough we can record them and if they're not then we can spend the money on beer I guess. But they turned out really well."

Satisfied with their new songs, the band announced the release of a new record, Role Model, which is the first collection of new material in eight years. The first single, "Fairytales", premiered on 12 September 2013.

Read also explained that Tom Larkin of New Zealand band Shihad produced the album at his own studios in Brunswick, Melbourne, Australia, and that the band referenced the sound production of the bands Refused, Foo Fighters and Starmarket for the recording process. Joey Cape from the U.S. band Lagwagon and Ahren Stringer from the Australian band The Amity Affliction contributed vocals to the album.

Bodyjar enlisted Australian independent music label UNFD to release Role Model on 18 October 2013, and bundle packages that included a skateboard deck, a t-shirt and a stubby holder were released. Baines hired Dutch design company ATTAK to create the artwork for the album.