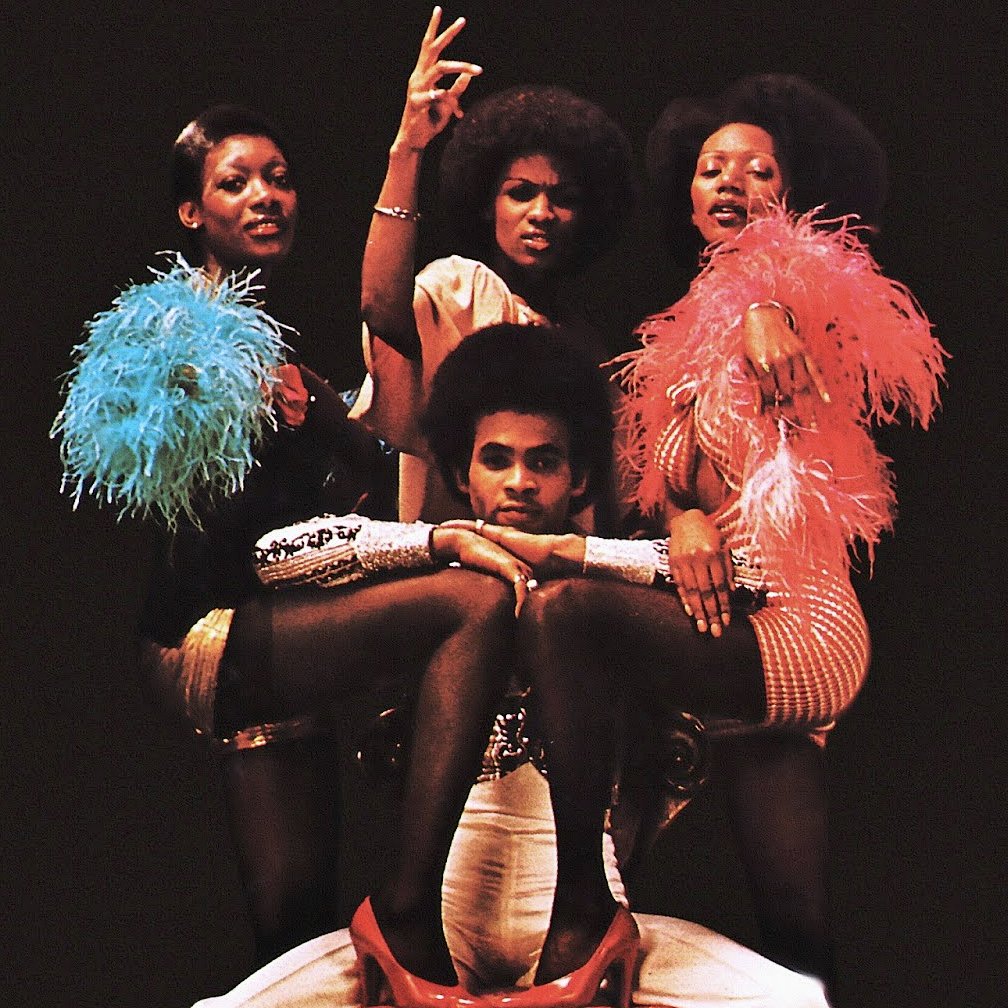 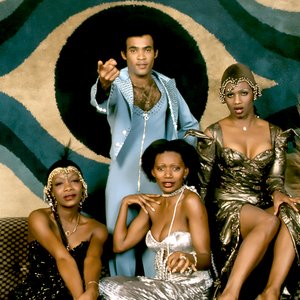 The group from Germany was created by producer Frank Farian in 1975 and was composed of four West Indian artists working in London, Germany and the Netherlands: singers Marcia Barrett and Liz Mitchell, model Maizie Williams and DJ Bobby Farrell. Boney M is noted for the mix of white and black music—the producer Farian is white and the singers are black; significantly many songs are black (freedom) songs, for example "No More Chain Gang" in the album Oceans Of Fantasy.

Farian first released the single "Baby Do You Wanna Bump?" in 1975, under the name Boney M. He performed the sparse vocals of the song himself. The song went on to become a hit and it was then that Farian decided to hire a team of dancers and vocalists to 'front' the group.

The line-up of the group went through numerous changes, Maizie Williams being the only original member that remained. Not satisfied with merely miming to Farian's songs, one of the members, Claudja Barry, left on short notice in February 1976 - days before the group was scheduled to appear on a local television gig in Saarbruecken. Liz Mitchell, then an unemployed singer and formerly a member of the Les Humphries Singers, was brought in as a temporary replacement for the gig under the recommendation of Marcia Barrett. Farian was impressed with her performance, and she went on to record Boney M's first LP, Take The Heat Off Me.

Farian had previously recorded some songs with Marcia Barrett, the other vocalist of the group. A couple of the songs, "Lovin' Or Leavin'" and "Daddy Cool" were included on Take The Heat Off Me. The commercial response to the album was lukewarm. However, the group rigorously toured discos, clubs and even country fairs to earn a reputation for themselves. The group's big break came when, at the end of that summer, music-TV-producer Michael 'Mike' Leckebusch of Radio Bremen, requested the group for his show "Musikladen". Boney M appeared on the live music show on 18 September 1976, after 10pm, in their now trademark daring costumes. By the end of the following week, "Daddy Cool" became Germany's #1 single in the charts. The album was to follow the success of the single.

Despite his success with Boney M, controversy followed the group's founder, Frank Farian, in what was to later shadow his involvement with Milli Vanilli. Bobby Farrell – the male face of the group – and Maizie Williams contributed to studio recordings but for reasons only known to Frank Farian were apparently left off the final mixes, while their numerous and highly competent live performances from 1977 onwards were never in any doubt. Almost all of the male vocals, along with some of the choir sections in songs such as "Dancing in the Streets" and "Bye Bye Bluebird", were performed by Farian himself. Farrell, as Farian finally had admitted on German television in 2003, had been chosen for his personality and innovative dancing.

Bobby Farrell was found dead in his hotelroom in St.Petersburg, Russia after a concert gig on Thursday, December 30th 2010. He was 61 years old.

A musical based on the music of Boney M, titled "Daddy Cool," opened in London in 2007, meeting with modest success.