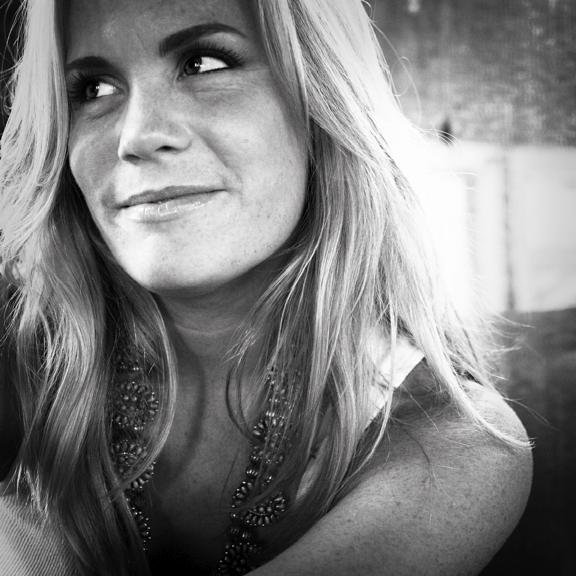 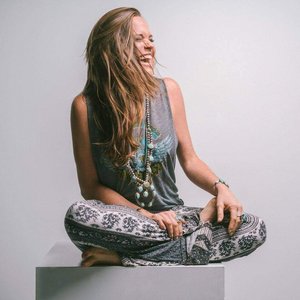 Bonnie Bishop is a singer and a Texan…and, yes, all that insinuates. Brassy, original, soulful, with a whole lot of attitude, her music and her personality are one in the same. But your stereotypical chick singer she is NOT. She sings with the confidence of a woman who understands that the power of her voice lies in her ability to make the audience want more, not want less. She wails effortlessly and with style, free from the shrillness of a woman who is straining to find her notes in the stratosphere, and then just as easily, she swoops down into the depths of her range with a softness that is rich and full of emotion. Walt Wilkins once said, “Her voice can be a tornado through your trailer park or a warm summer breeze across your skin.” Ray Wylie Hubbard also commented “Bonnie reminds me of Marianne Faithful…before she was ravaged by heroin and time.” With her trademark rasp, it is a voice that is both spiritual and sensual, both exhilarating and painful. Coupled with a poignant writing style, this young artist has found a niche that is truly her own, and if talent still has a place in the world of commercial music, in the future we will see Bonnie Bishop sitting at the top of the list as one of the most successful artists of her generation.

Bonnie grew up in Houston, where her parents introduced her to soul music at an early age and found that their little girl was a natural performer, dressing up in costumes at family events and hamming it up to Otis Redding and Aretha Franklin songs. She was gifted at musical theater and was formally trained in opera until college, but Bonnie decided she wanted to be a writer, so she began penning her first songs while earning a degree in Sociology at the University of Texas at Austin. In a town legendary for churning out blues players and folkies alike, it is no surprise that, upon graduation, she followed in the footsteps of her musical predecessors and put a band together, booking herself all along the well-known club circuit in Texas and playing everything from rock rooms to dance halls for just about anyone who would listen. Around Texas, Bonnie always stood out at regional festivals and clubs because she was one of very few female artists who was able to make a mark in the male-dominated scene. It didn’t take long before she was sharing bills with artists such as Jack Ingram and Radney Foster and frequenting top venues in the state including Billy Bob’s Texas, Antones, and the Mucky Duck. In 2004, her first full length album “Long Way Home,” was released statewide and saw great success with two singles that stayed on the Texas Music Chart’s Top 30 for over six months. Two years later, she logged over 30,000 miles visiting radio stations statewide to personally promote her second studio album "Soft to the Touch", (Smith Music Group) which was produced by Walt Wilkins and featured guests appearances by guitar rocker David Grissom. The title track was a regional hit, a song which Bonnie co-wrote with Ray Wylie Hubbard, and the record received great reviews from Texas magazines and publications as well as a quote by Robert K. Oerman who said, “(Bishop) is an angel with dusty wings…make this Texan a star NOW!” This helped to open doors outside of Texas, and soon Bonnie began touring in the Southeast and Midwest areas. A year later in 2006, she recorded and released the impromptu “Bonnie Bishop and Friends Live at Magnolia Avenue” during an acoustic show in Fort Worth. The double disc became a hit among Texas fans because it showcased the raw power of the singer’s vocals, particularly on her rendition of the classic Cindy Walker tune “You Don’t Know Me”. It was during this time that she caught the attention of legendary singer-songwriter Robert Earl Keen. The two sparked up a close friendship and Bonnie began touring with Keen and his band as an acoustic opener in 2007, which introduced her to a whole new (and much larger!) audience in theaters and rock rooms far beyond Texas on the East Coast.

Amidst a heavy touring schedule, Bonnie taught herself to play guitar and piano over the course of a year, and began making frequent trips to Nashville to collaborate with some of the top songwriters in the industry. On a whim in late 2007, she loaded up her two dogs, two cats, and one reluctant fiancé and relocated among East Nashville's swanky landscape of writers and musicians, where she signed a writing deal with Montage Music Group and began a new chapter of her life as a full-time songwriter. Though she continued to tour acoustically, she spent the better part of 2008 writing and recording her fourth album, titled “Virginia” with well-respected indie guitar player and songwriter Will Kimbrough. Where other producers failed to find a harmonious blend between the singer's Joplin-esque vocals and her sensitive writing style, Kimbrough nailed it by artfully surrounding her raspy voice with soulful rhythms and his own masterfully played guitar parts. The result is a cohesive collection of rock and blues influenced original songs that truly highlight what Bonnie does best.

Though still unreleased, “Virginia” has gained industry’s interest in their new resident, not only for her artistry but also for her songwriting. Recently she has added to her list of co-writers Mike Reid (“I Can’t Make You Love Me”, “My Strongest Weakness”), Walt Aldridge (“Holding Her and Lovin’ You”, “Modern Day Bonnie and Clyde”), and Big Al Anderson (of NRBQ fame) as well as landed herself a spot at this year’s Key West Songwriter’s Festival in May. Bonnie is gearing up for a national tour later this year to promote the new album, but says she is glad for this time that allows her to be a “stay-at-home songwriter” as she recently became a newlywed. While she hopes this record will find a home in radio and that it will give her the opportunity for national success, she feels that whatever happens, she has the responsibility to continue to make music that is uniquely her own. “God blesses us all with unique talents and personalities, so as an artist, I try to make music that is a reflection of that individuality. In the current world of mainstream music, being “unique” or “different” usually means being doomed to obscurity…but that’s something I plan on changing.”