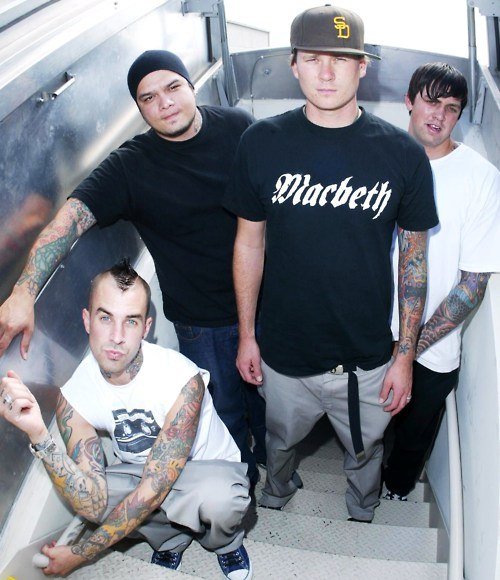 BoxCar Racer was a short-lived side project formed in 2002 by two members of the band blink-182, featuring guitarist Tom DeLonge and drummer Travis Barker. As lead member Tom DeLonge stated, "it was never a 'band' but rather a project" to experiment with and record ideas DeLonge felt did not fit with blink-182’s sound. Tom enlisted Travis Barker stating that the reason why he asked Barker to drum on the album is because he didn't want to pay for a studio drummer. Mark Hoppus made his feelings about this project known. Tom DeLonge said that he did not mean for Hoppus to feel that way and therefore stated that Box Car Racer would never reform.

Taking Barker from blink-182 and David Kennedy they recorded their self-titled album, "Box Car Racer", in 2002. On the album Tom did all the bass work, but Anthony Celestino was their touring bass player. Guests on the album included Mark Hoppus from blink-182, Tim Armstrong from Rancid and also Jordan Pundik from New Found Glory.

Tom and Travis claim the band was heavily influenced by Dischord Emo, citing influences such as Rites of Spring, Fugazi and later era post hardcore bands such as Quicksand.

Box Car Racer took a hiatus after their headlining tour in 2003. Tom has stated publicly that Box Car Racer is now defunct and will never reunite. Their website was taken off the Internet in late March 2005 and has since been put back online. Many people speculated that Tom's new project was going to be a new Box Car Racer album when he initially announced that he was working on a new album but those rumors were dismissed after the announcement of -44 and Angels & Airwaves. But now blink-182 is back - and touring!

Origin of Name
The band's name comes from the B-29 Bomber which dropped the second atomic bomb (to be used in warfare) on the Japanese city of Nagasaki. The plane's name was "Bockscar". Tom has said in an interview that he has seen the name misspelled as "Boxcar".