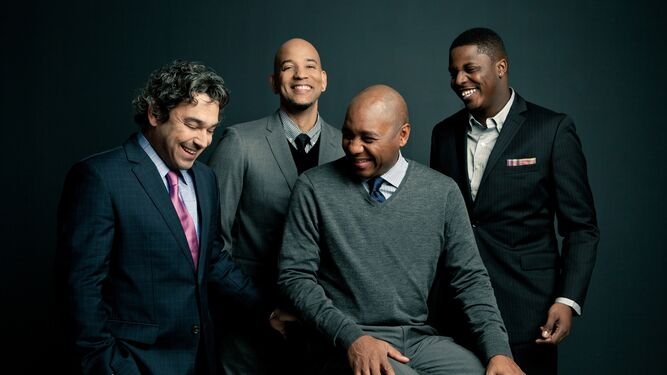 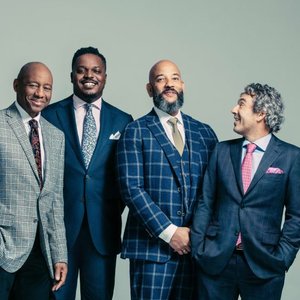 The Branford Marsalis Quartet is comprised of:

World-renowned saxophonist Branford Marsalis, born in 1960, has always been a man of numerous musical interests. The three-time Grammy winner has continued to exercise and expand his skills as an instrumentalist, a composer, and the head of Marsalis Music, the label he founded in 2002 that has allowed him to produce both his own projects and those of the jazz world’s most promising new and established artists.

The New Orleans native was born into one of the city’s most distinguished musical families, which includes patriarch/pianist/educator Ellis and Branford’s siblings Wynton, Delfeayo and Jason. Branford gained initial acclaim through his work with Art Blakey’s Jazz Messengers and his brother Wynton’s quintet in the early 1980s before forming his own ensemble. He has also performed and recorded with a who’s-who of jazz giants including Miles Davis, Dizzy Gillespie, Herbie Hancock and Sonny Rollins.

Known for his innovative spirit and broad musical scope, Branford is equally at home on the stages of the world’s greatest clubs and concert halls, where he has performed jazz with his Quartet, one of the leading small ensembles of the past two decades; classical music as a guest soloist with numerous chamber and symphony orchestras; and his own unique musical approach to contemporary popular music with his band Buckshot LeFonque. His nearly two dozen recordings in these various styles have received numerous accolades, with his most recent CD, the Grammy-nominated Braggtown, acknowledged as his quartet’s greatest recorded achievement to date. Marsalis’ previous disc, Eternal, also received a Grammy nomination as well as virtually universal inclusion in lists and polls for the best jazz recording of 2004. Marsalis’ playing on the DVD Coltrane's `A Love Supreme' Live in Amsterdam also received a Grammy nomination for best instrumental jazz solo, while the disc received awards for music and video excellence from the DVD Association.

Marsalis is also dedicated to changing the future of jazz in the classroom. He has shared his knowledge at such universities as Michigan State, San Francisco State, Stanford and North Carolina Central, with his full quartet participating in an innovative extended residency at the latter campus. Beyond these efforts, he is also bringing a new approach to jazz education to jazz students and jazz listeners in colleges and high schools through Marsalis Jams, an interactive program in which leading jazz ensembles present concert/jam sessions in mini-residencies that have visited campuses in the Northeast, Mid-Atlantic, Southeast and Southwest.

Branford Marsalis' diverse interests are also reflected in his other activities. He spent two years touring and recording with Sting, and was the musical director of The Tonight Show with Jay Leno for two years in the 1990s. He has collaborated with the Grateful Dead and Bruce Hornsby, acted in films including Throw Mama from the Train and School Daze, provided music for Mo’ Better Blues and other films and hosted National Public Radio’s syndicated program Jazz Set.

Among the most socially conscious voices in the arts, Marsalis quickly immersed himself in relief efforts following the devastation of Hurricane Katrina. He is the honorary chair of the New Orleans Habitat for Humanity effort to rebuild the city, and together with his friend Harry Connick, Jr. conceived the Habitat Musicians' Village currently under construction in the city's historic Ninth Ward.

Whether on the stage, in the recording studio, in the classroom or in the community, Branford Marsalis represents a commitment to musical excellence and a determination to keep music at the forefront.