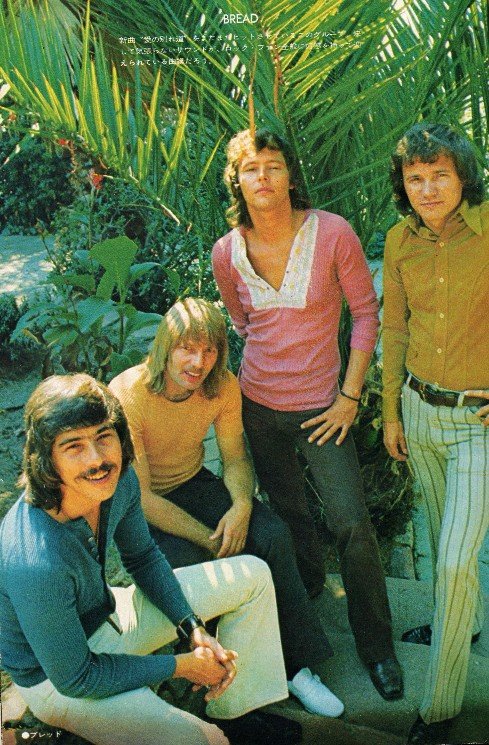 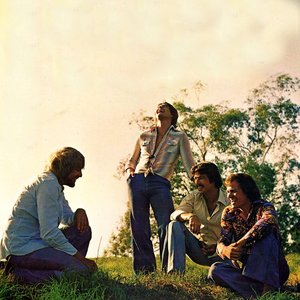 1. Bread was a 1970s rock and roll band from Los Angeles, California. They are a prime example of what later was labeled as "soft rock."

David Gates (guitar, keyboards, bass and vocals) and Jimmy Griffin (guitar and vocals) formed the group in 1968, adding Robb Royer (guitar, bass and vocals of Pleasure Faire) before signing to Elektra Records. Bread, the band's debut album as a trio, was a failure. The band became a quartet beginning with their second album, On The Waters, bringing in Mike Botts as permanent drummer. This time their efforts quickly established Bread as a major act, hitting the mainstream with the #1 hit "Make It With You" in 1970. Bread began touring and recording the 1971 album titled Manna, which included their most enduring hit, "If."

Royer left the group after three albums to pursue other interests. He was replaced by Larry Knechtel (keyboards, bass, guitar, harmonica), a top session player from the Los Angeles scene. Knechtel's credits included records by Elvis Presley, The Beach Boys, The Mamas and the Papas, The Monkees, Jan and Dean, Johnny Rivers and Simon & Garfunkel. In 1972 Bread released the highly successful album titled Baby I'm-a Want You, followed by another hit album, Guitar Man. Tensions existed between Gates and Griffin, however. Elektra had been invariably choosing Gates' songs for the A-sides of the singles; Griffin felt that the singles should have been split between the two, however.

By 1973 the band members sensed that they had taken Bread as far as they could, so they disbanded. Gates and Griffin then began solo careers, with mixed results. After reuniting in 1976, Bread released the album Lost Without Your Love in January 1977. The title track was the band's last top-ten hit, peaking at number 9 on the singles chart. The comeback album was also RIAA-certified Gold®.

2. Bread (Joe Kosnow) is a rapper from Portland, ME.