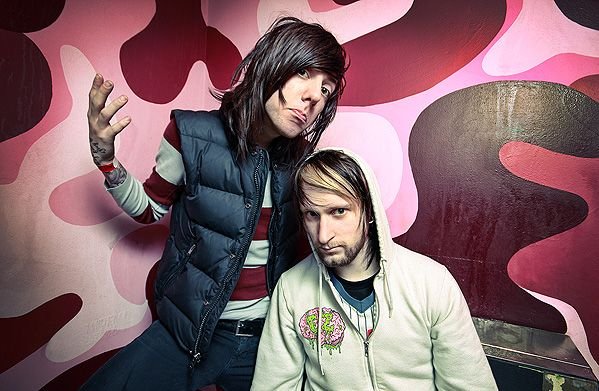 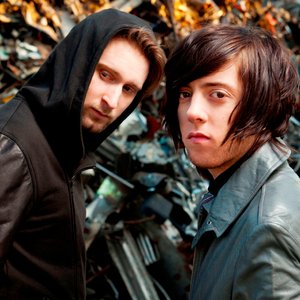 Breathe Carolina is an American electronic duo from Denver, Colorado, currently composed of David Schmitt and Tommy Cooperman. The band formed in 2006 and have released four albums, and six EPs.

Original members Kyle Even and David Schmitt started the project in 2007, they didn't anticipate that their “just for fun” intent would explode into an internationally sought-after duo within just a couple of years. The story of Breathe Carolina is a modern day music fairytale, about two friends who recorded tracks on Mac program GarageBand at home in Denver, Colorado, put them on to MySpace and rapidly gained a huge online following.

The duo's self-released debut EP Gossip hit iTunes in 2007, and after a phenomenal response, they released their debut album "It’s Classy, Not Classic" in 2008. The album entered the Billboard Top 200 at #186. Their genre-clashing blend of crowd-pleasing pop, rock and electronica was a hit, and no longer confined to the bedroom – Breathe Carolina were a global force ready to be heard.

After signing with Fearless Records in 2009, their album Hello Fascination took their music to a bigger, brighter and more blistering dimension. Recorded with the stellar production team of Mike Green (Paramore, The Higher, Set Your Goals) and Matt Squire (Taking Back Sunday, 3OH!3, Panic At The Disco), their sound became re-defined with the addition of live instruments and hooky pop choruses. The album debuted at #43 on the Billboard Top 200, at #5 on the Independent Chart and #2 on the Electronic Chart. The title track “Hello Fascination” was featured on MTV’s The City and received placement on NBC’s Sunday Night Football. It even became the featured track on NBC’s The Jay Leno Show promos.

The duo followed up their second UK headline tour of the year with a whole summer on Vans Warped Tour 2010, followed by a direct support slot to Mayday Parade on the Fearless Friends Tour in Fall 2010.

2011 has been quite the year for the band, as "Blackout"'s steady ascension up the Top 40 single chart, embraced by fans across the nation as their new party anthem, has made them one of the only independent acts taking on the pop goliaths at Top 40. 'Hell Is What You Make It' debuted at #2 on the Billboard Electronic Chart, with The NY Times calling the album "one of the best pure pop albums of the year". A performance on Jimmy Kimmel Live, main playlist rotation across all MTV networks for video "Blackout" and an Artist Of The Week slot on MTV's PUSH program fueled the genre-blending duo's success story.

Starting out in a bedroom in the suburbs of the Mile High City, Breathe Carolina was one of the first bands to start making waves via social networks. They truly came into their own on Fearless Records-released sophomore full-length Hello Fascination. A step to a brave next level, the album entered the Billboard Top 200 at #43, and went on to sell over 60,000 copies in the U.S. alone. Their juxtaposition of hardcore guts and pop glory found a happy niche between both rock and pop fans, the album's title track landing placements on the promos for NBC's Jay Leno Show, 30 Rock and Monday Night Football, MTV's The Hills and The City.

With national radio dates with fellow Top 40 acts including Flo-Rida, Selena Gomez, Kreayshawn, Hot Chelle Rae, Cobra Starship and The Fray sees the band ending 2011 on an all time high.