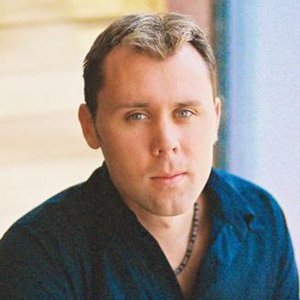 When you see or hear Brendon Walmsley, you can't help but notice that rare ability to draw an audience into the world of his songs.

One of our country's finest singer songwriters and multi Golden Guitar winners, Brendon has now honed and developed his music over three critically acclaimed and successful albums - A Little Time, Never Say Never and most recently Bottle Tree Lane.

Brendon's songs are not just catchy tunes. They are perceptive stories about the joys and struggles of life; the importance of love and family; and the strength that comes through faith.

Since he burst on to the country scene back in 1999, after winning the prestigious Tamworth Star Maker Quest, Brendon Walmsley has been seen as the quiet achiever of Australian country music.

But don't be fooled by his gentle, perceptive songs. On stage, he's a dynamic and compelling entertainer with a wonderful voice and the ability to take his songs to a whole new level.

His debut single, the delightful tale of "Rose & Rodeo" - part of his prize for winning Star Maker - became the most played Australian country song of 1999 and in 2000 saw him collect the Golden Guitar for New Talent of the Year after nominations in an incredible 5 categories. His new album, Bottle Tree Lane, features an intriguing "prequel" to "Rose & Rodeo" titled "Bed of Rose's".

Brendon's debut album, A Little Time, attracted the attention of fledgling label Compass Bros - 2003 Country Record Label of the Year - and he's worked closely with the label ever since.

A track from that album, "Last of the Big Gun Drovers", saw Brendon take out his first Heritage Song of the Year Golden Guitar in 2001.

Brendon's second album, Never Say Never earned him 6 nominations and another Golden Guitar in 2002 for "Never Never" - the story of Flying Doctor founder John Flynn. It has also seen the release of several successful singles, including "Never Never" and "Adam" (both of which reached the number 1 spot on the charts), as well as "Stay Where You Are" and the classic Rick Springfield hit "Speak To The Sky" (which both reached the top 5).

The 2004 release of Bottle Tree Lane highlights Brendon's trademark songs - the delicately crafted tales about the small things of life that make it worth living. But there's far more insight into what makes this perceptive young songwriter tick - and why.

"Each album has seen me grow as a person and a writer," Brendon said, "I think it's very important that there's a sense of growth and development from one recording to the next. For me, Bottle Tree Lane is the biggest leap so far. It defines my style and approach to music and the shift to an acoustic recording really allows the songs to speak for themselves… It matters to me that my songs say something, that they touch people's hearts and minds."

The real strength of Brendon's music is its ability to get to the core of an emotion, to reach the true heart of things and Bottle Tree Lane captures this rare talent perfectly.

Brendon will hit the road again in 2007 to promote Bottle Tree Lane, and to take his remarkable music to the fans in the best possible way - live on stage.