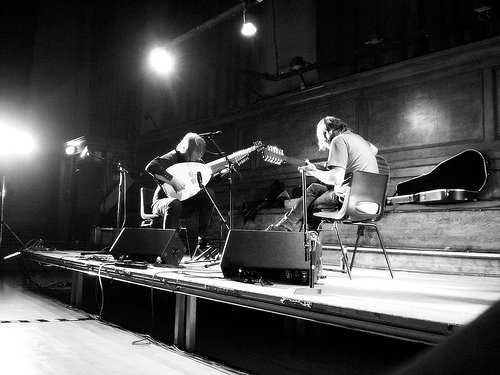 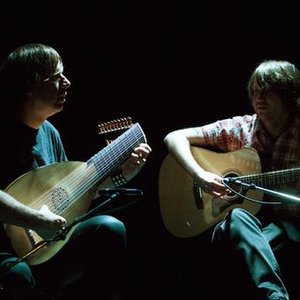 Brethren of the Free Spirit

Brethren Of The Free Spirit is an acoustic collaboration between guitarist/composer James Blackshaw and lutenist/composer Jozef Van Wissem.
Named after a cult of 13th-century Northern European religious heretics (they’re detailed in Greil Marcus’s Lipstick Traces), this duo play with an appropriately zealous intensity. Their first album All things are from Him, through Him and in Him was released on Belgian imprint Audiomer. The second album is released in November 2008 by Important Records. Brethren of the Free Spirit debuted in New York and went on a crusade through the Lowlands, Belgium, Spain, Ireland and London. On the Dutch National VPRO TV show 'Vrije Geluiden" they were asked to elaborate: "Intricate phrases circle and spiral in on themselves, and in the end it’s the subtle shifts in rhythm and tonal coloration that provide a kind of transcendence in a sea of repetition"