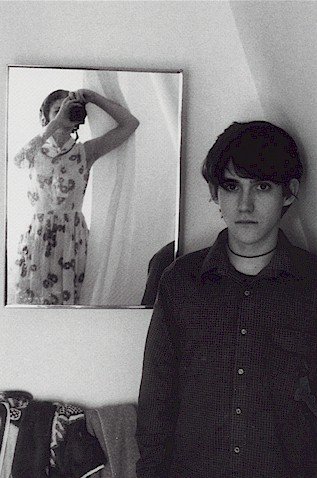 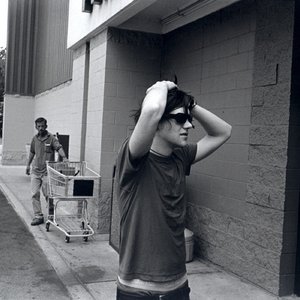 Bright Eyes is an indie rock band consisting of American singer, guitarist, and songwriter Conor Oberst, multi-instrumentalist/producer Mike Mogis, keyboard/trumpet player Nate Walcott, and a rotating lineup of collaborators drawn primarily from Omaha, Nebraska, United States's indie music scene. Having been deeply influenced early on by singer-songwriters David Dondero and Simon Joyner, Conor Oberst has been recording music since the age of 13. He released his first three albums at the ages of 13, 14, 15, respectively, all under the name "Conor Oberst" and released only on cassettes. He then moved onwards with a band called Commander Venus with whom he released two albums. After the break-up of this band in 1997, Conor's main focus became Bright Eyes, and in 1998 he released the first Bright Eyes album, A Collection of Songs Written and Recorded 1995-1997(a collection of 20 stockpiled songs) on the independent label Saddle Creek Records, which he had co-formed earlier in collaboration with fellow local Omaha musicians.

Saddle Creek also released Letting Off the Happiness in November 1998, a ten-track record that boasted a much more focused and clear sound than the previous album. According to the Saddle Creek press release, it features members of Lullaby for the Working Class, Neutral Milk Hotel, and Of Montreal. It was predominantly recorded in the Oberst family basement in Omaha on an analog eight track reel to reel; with some work also done at keyboardist Andy Lemaster's Athens, GA studio. Although almost all of the tracks feature a full band, June on the West Coast is performed with only acoustic guitar and vocals. Padraic My Prince gives a dramatic fictional account of the death of Oberst's imagined baby brother.

In 2000 Bright Eyes released Fevers and Mirrors, a demonstration of the immense improvement in production quality and musical vision of the band. New instruments such as flute, piano, and accordion were introduced into the song arrangements. After An Attempt to Tip the Scales, a mock radio interview takes place. The mock radio interview features Todd Fink of The Faint doing an impression of Conor Oberst while reading a script that Oberst wrote. The man interviewing is Matt Silcock, a former member of Lullaby for the Working Class. In this interview, the fake Oberst intentionally presents a strange, contradictory explanation of his attitude towards his music. The interview acknowledges criticisms of his lyrics as overblown and insincere, which had begun to appear as the popularity of the band increased, but responds by stating that the lyrics are meant for personal interpretation. In a 'real' interview with KittyMagik.com, Oberst stated about the mock one: "It was a way to make fun of ourselves because the record is such a downer. I mean, that's one part of who I am, but I also like laughing and fucking around."

2002 saw the release of Lifted or The Story Is in the Soil, Keep Your Ear to the Ground, and since then Oberst has released an almost constant stream of new material on collaborative EPs, split singles, tribute albums, and charity records. He ventured into the studio with Nebraska folk-pop outfit Tilly And The Wall, co-producing their debut album Wild Like Children and released it on his newly established record label, Team Love.

January 2005 saw the release of two albums: I'm Wide Awake, It's Morning, which is a country-tinged mélange of Conor’s finest acoustic songs, featuring guest vocal appearances from Emmylou Harris and Jim James of My Morning Jacket; and Digital Ash In A Digital Urn, which is a more produced, electronic album featuring cameo appearances by Nick Zinner of the Yeah Yeah Yeahs.
One single from each album, Take It Easy (Love Nothing) from Digital Ash and Lua from I'm Wide Awake took the top two slots on Billboard Hot 100 Singles Chart, the first time for any artist since 1997.
As had become expected of Bright Eyes recordings, the albums feature an array of talented comrades including members of Rilo Kiley, Tilly And The Wall, Cursive, Now Its Overhead, The Good Life, Azure Ray, The Faint, The Bruces, Neva Dinova, The Postal Service and Audrye Sessions.

Bright Eyes released their sixth studio album called Cassadaga on April 9, 2007, preceded by an EP entitled Four Winds on March 6, 2007.
A further 25-30 tracks have been recorded in Portland, Oregon and New York City, with another session planned in Omaha, Nebraska. Some of these tracks had already been performed at live shows.

On February 15, 2011, the band released their seventh studio album, The People's Key.

On June 22, 2020, they released Down In The Weeds Where The World Once Was, their first album on Dead Oceans after a long history with Saddle Creek.