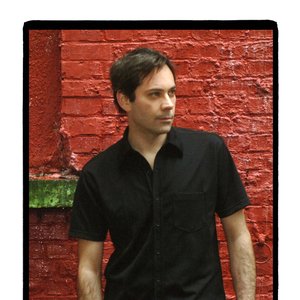 Briskey is the musical child of Gert Keunen. With the new album Before-During-After Briskey has headed into a new direction: darker, slower and an even higher soundtrack-factor; but at the same time it sounds stimulating, pulsing and dynamic. Cinematic postjazz.

Cucumber Lodge (2003) and Scarlett Road-house (2006) showcased the unique synthesis of jazz and electronica, live instrumentation and samples and garnered a lot of attention from the press. Several tracks from these albums were licensed for use on compilations in the Netherlands, Germany, France (on the bestseller 'Saint Germain Des Prés Café'!), Portugal, Greece, Italy all the way to Brasil and even Taiwan.

The Briskey live-band is formed with experienced players like Bart Maris (trumpet, Flat Earth Society), Nicolas Roseeuw (sax, Dolfijntjes), Isolde Lasoen (drums, Daan), Tim Vandenbergh (double bass, Sukilove), Sara Gilis (keys, Motek) and Dorona Alberti (vocals, Gare Du Nord). They bring the music to life and add a strong new dimension as well as a vibrant jazz-feel to the music. The Briskey live-band played a number of important clubs and prestigious festivals in Belgium (Ancienne Belgique, Vooruit, Blue Note Festival), the Nederlands (North Sea Jazz), Italy (Arezzo Wave, RomaEuropa Festival) and France (Jazz Sous Les Pommiers). In 2007, a Japanese label even decides to put out their own Briskey compilation. By forming the Briskey Big Band in 2007 the music received its perfect interpretation. Gert Keunen arranged old and new Briskey-tracks for a 15-headed band (see Live At Ancienne Belgique, 2008): a solid, contemporary big-band that has fire, strong rhythms and wild brass as its focal point. Not only is the Briskey Big Band the ultimate Briskey live experience, it is also a separate project that will continue to let itself be heard in the future.

This big band enables the ‘regular’ Briskey to explore new grounds. Before-During-After showcases a different sonic palette: more atmospheric and instrumental, filmic and especially: less ambiguous. Before-During-After sounds like a soundtrack to a film that has yet to be released. You can instantly imagine its dark alleys, nightly scenes, abandoned cities and dilapidated factories. At the same time the music suggests melancholy, hope and even moments of triumph. Before-During-After is the album Briskey had meant to make all along: uncompromising, suggestive and seductive.