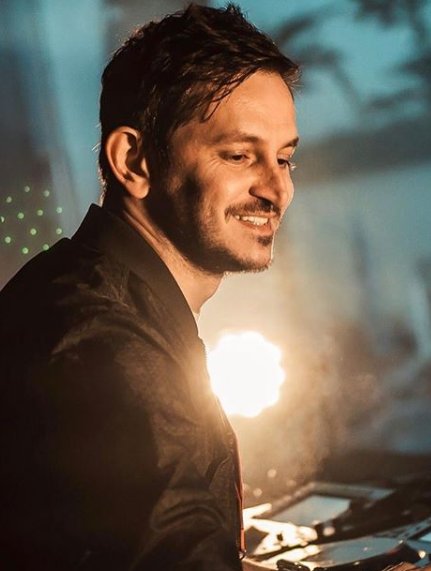 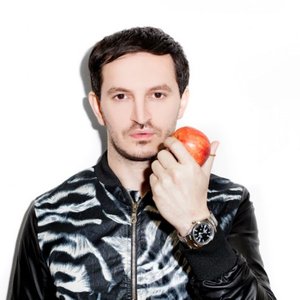 The music has not been far away for the Producer&DJ Burak Yeter. His father's being musician has caused him to gain lots of things in his early ages. He tried his first experiences at the small house parties in 1996 with his passion for music. Firstly, making musics in the styles of Break, Beat-Drum'n'Base & RnB, he started to take his place in the cabin.

He even founded a group called Tatbikat in 1999, so that he improved his basic facilities in music much more.

He founded his own label named T Records in 2000. He continued his rise with the tracks he produced.

By preffering to be more at the side of visuality on the stage, he got rather closely involved with the issue of Turntabilism. Following the parties and the festivals, as the Tatbikat group, they have set up a studio called T Records, and an organization company called T Production . Besides, he started to put more emphasis on his own productions. He developed himself in many aspects of music. He focused on different sounds with the instruments that he played and also with the software that he used.

He performed in the private University parties in various regions of Turkey. He undertook the production of ' the " Mediterranean Fleet 1-2 ", which was the first underground work in the name of Mediterranean Region.

He took the first place in 2004 Mtv&Burn DJ competition in Turkey which he describes as the turning point of his life and was organised with the participation of the "Masters At Work" which was the suggested candidate for Grammy Awards. Furthermore, he had the chance to share the same cabin with Darick May and Darren Emerson in the island of Malta as a representative for Turkey.

He distinguished himself once again by taking the second place in the competition of '2004 Miller Master DJ Contest', which was hold by Miller in Turkey.

He managed to prove himself to the first three by eliminating many DJs in the world in the DJ competiton, which was organized with the cooperation of Mtv Shakedown, in Italia Club di Roma.

The projects he has realized, nearly 100 House based tracks, more than 400 Afro Soul&RnB, Drum n Base and Hiphop beats are available. He provides base possibilities for many groups and MC's and makes vocal recordings. Additionally, he prepares jingle generic advertisement musics and makes remixes for the respected artists in Turkey.

He took part in the album called 'The Future Sound Of Istanbul 3' with his work called Ocean Wave which is the third track in the album. The mix album of Darkman, which succeeded to bring together the leading Producers and DJs of Turkey, had its place on the shelves with the EMI label.

He set up a group called ''BURAK YETER LIVE SET'', which consisted of 2 Percussionists, 1 Clarinet and 1 fire dancer. He had brought much more visuality to this work by starting to take the stage live in many regions of Turkey. He had revealed the visual side of Turkish Electronic Culture when the artists who showed live performances were added on the bases that he played himself non-stop.

He continued his rising with the tracks he produced by adding Ugur Oral, Berk Batı to the T Records in 2006.

He put the Turkey's first solo DJ album called 'FOR ACTION' on the market in the cassette/CD format in 2006. He gathered many well-known artists in the record which Ahmet Çelenk is the broadcasting production. He shot clips for his tracks called ' Dön Bana ' and ' Bir Şarkı Söyle ' which are the tracks in his album. The clip of the first single ' Dön Bana ' is continuing to be televised on many music channels as the MTV being the first, Kral TV, Dream TV, Number One, Power Turk.

He made remixes that will make his name mentioned for the great artists like Tarkan, Mustafa Sandal, Şebnem Ferah, Levent Yüksel, Ajda Pekkan, Emre Aydın as well as the artists of DSM (Dokuz Sekiz Music Company) like Eylem, Bengü, Tan, Doğuş.

He started to receive education on sound engineering in SAE, which is accepted as one of the best schools of the world. He had chance to work in the studios in England.

In 2007, his track called ''Are You Ready', was broadcasted in EP by Hypno Music Recordings, which is situated in London. BY, who adorned the track in Electro Hose style with the vocals of Merve and himself also shot a video-clip fort this track.

When he reached the age of 25, he prepared his 2. album and in 2007, having a purpose of support for global warming, he put his new album, which mainly contains Chill out, on the market in Turkey. Therewithal, the prominant artists of Turkey participated in this album which is on the market with the DSM label.

The "For Message Volume 2" album which has a special feature of being the firts and the only album in the name of global warming in Turkey has been broadcasted in order to gain back the nature that we come closer to its destruction day by day. In addition, all the tracks in the album, which has the contrubutions of the Ministry of Environment and the Forestry, were recorded in SAE studios in England.

The first clip of the 2. album was shot to the track called 'Sanal'

He put more emphasis on his Electro Works in December 2007. His track called 'Black is Black', which he enriched with the vocals of Merve and himself, was broadcasted as vinly by M-Vitamine Recordings.

The bomb of 2008, his work called ''Logic'', which took part in the compilation album of 'Boshporus Underground Recordings', got in the first 100 at the world's largest digital portal site www.beaport.com among 14032 releases and he managed to stay on the charts for approximately 3 weeks.
BY's last mix called ' Siempre La Musica ' which he made for Booby Deep got in the top 100 at the world's largest digital portal site Beatport Progressive Genres among 16890 releases.

BY, who continues his music works non-stop , lastly performed in Antalya Club Celia, which is accepted as one of the best locations of Turkey, in summer of 2008. BY, who played in Celia on Friday-Saturday, had completed the summer season at the end of September.

He has been choosen as the new face of Pioneer in Turkey by signing an agreement with Pioneer in 2008. by carryinh out the headship of ''Pioneer Pro DJ Academy'' which has been opened in every corner of Turkey, he has started to give proffessional certified trainings.

Besides continue nonstop music studies, BY has performed in Ceila Turkey/Antalya Club which is lately accepted Turkey's best club. At the end of 2009 he began to perform as resident in Turkey's legend club "Club Airport" and shared the same cabinet with world-famuous Djs.

T Records name has changed to Connection Records. He opened his own professional studio in İstanbul/Mecidiyeköy. At the same time he began to broadcast tracks at Connection Records that was established as digital label.

BY, who has been performing inside and outside the country, keeps on staying sleeples for music fans.